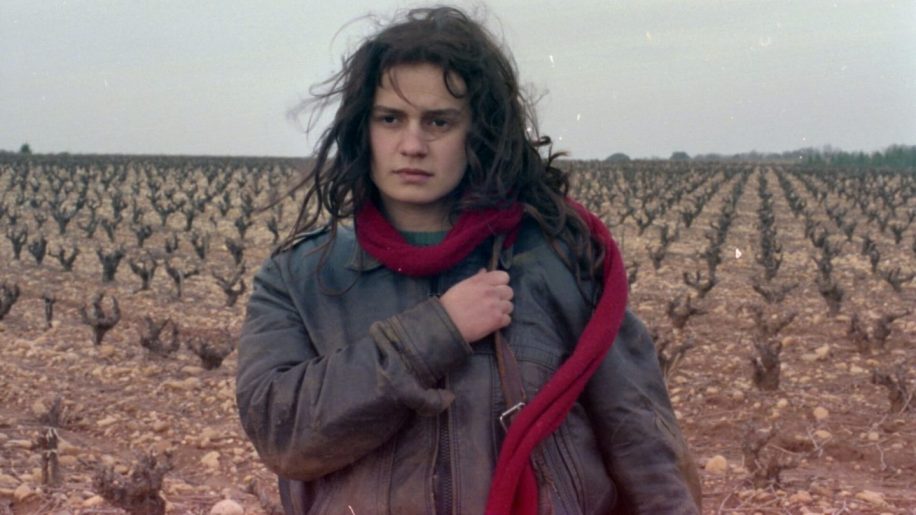 Agnes Varda’s VAGABOND is a stunner that was hailed as one of the great films of the 1980s by critics and film juries alike.

Sandrine Bonnaire won the Best Actress César for her portrayal of the defiant young drifter Mona who lives on the road as the film’s French title proclaims “Sans Toit ni Loi” without roof nor rule. She’s found frozen to death in a ditch at the beginning of the film. How she ended up there is what we piece together as Varda tells Mona’s bleak story through flashbacks related by dozens of people who encountered her, producing a nonlinear, splintered portrait of an enigmatic and fiercely individualistic young woman.

Master film critic Roger Ebert, “…in the mid-1980s Varda struck with her masterpiece, “Vagabond,” a film where all bets are off. This is the one Varda film that has no use for charm or the pleasures of waywardness, for “Vagabond” is a pitiless movie about how being wild and living rough without a security net can lead to extinction.”