Best friends – one, Thelma, a bored housewife, the other, Louise, a straight-laced waitress at a coffee shop –  have grown sick and tired of what they’ve settled for, and decide they need to take a break.
OUTDOOR SCREENING Saturday Aug 24 at Greig Farm, Red Hook (243 Pitcher Ln) … Bring a Picnic or Enjoy Papa’s Best Batch incredible edibles. (Online tickets will be available until the morning of the show. Tickets will also be on sale evening-of at Greig Farm.)  GET ADVANCE TICKETS ON LINE here

The pair hit the road in Louise’s ’66 T-bird convertible for a three-day trip with no husbands, no boyfriends and no problems. But things don’t go according to plan when an encounter with a drunken, foul-mouthed, would-be rapist transforms their quiet getaway into a desperate cross-country escape that will change their lives forever. Slyly nodding to popular Hollywood outlaw movies – Easy Rider, Badlands, Bonnie & Clyde, Butch Cassiday & Sundance Kid… – Callie Khouri’s Oscar winning screenplay as directed by Ridley Scott struck a worldwide nerve. The controversial and gripping story helped set the bar higher for female roles. Additionally, Thelma and Louise helped launch the career of one Brad Pitt who plays a footloose cowboy who ends up in the back seat of the T-Bird. 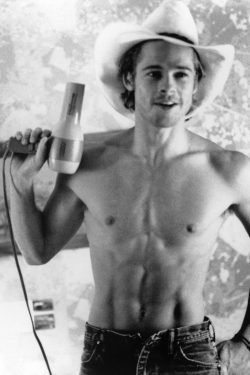 ““Seeing women as sexual creatures that aren’t in a submissive position does seem threatening (for a lot of people). I think that was borne out by the fact that people saw Thelma & Louise as male-bashing.”…” I didn’t feel compelled in any way to be writing a movie about role models. Nobody is talking to Tarantino or Scorcese about that! Nobody was asking Oliver Stone about whether he was writing role models” – Callie Khouri, Oscar winner for best original screenplay.