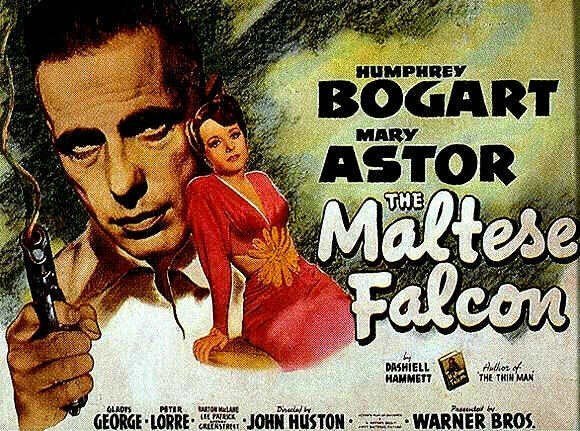 A great film (noir anyone?) directed by a great director (John Huston’s first credit as director after writing for Warners for years) starring an iconic actor (Humphrey Bogart) based on a great writer’s (Dashiell Hammett) work.