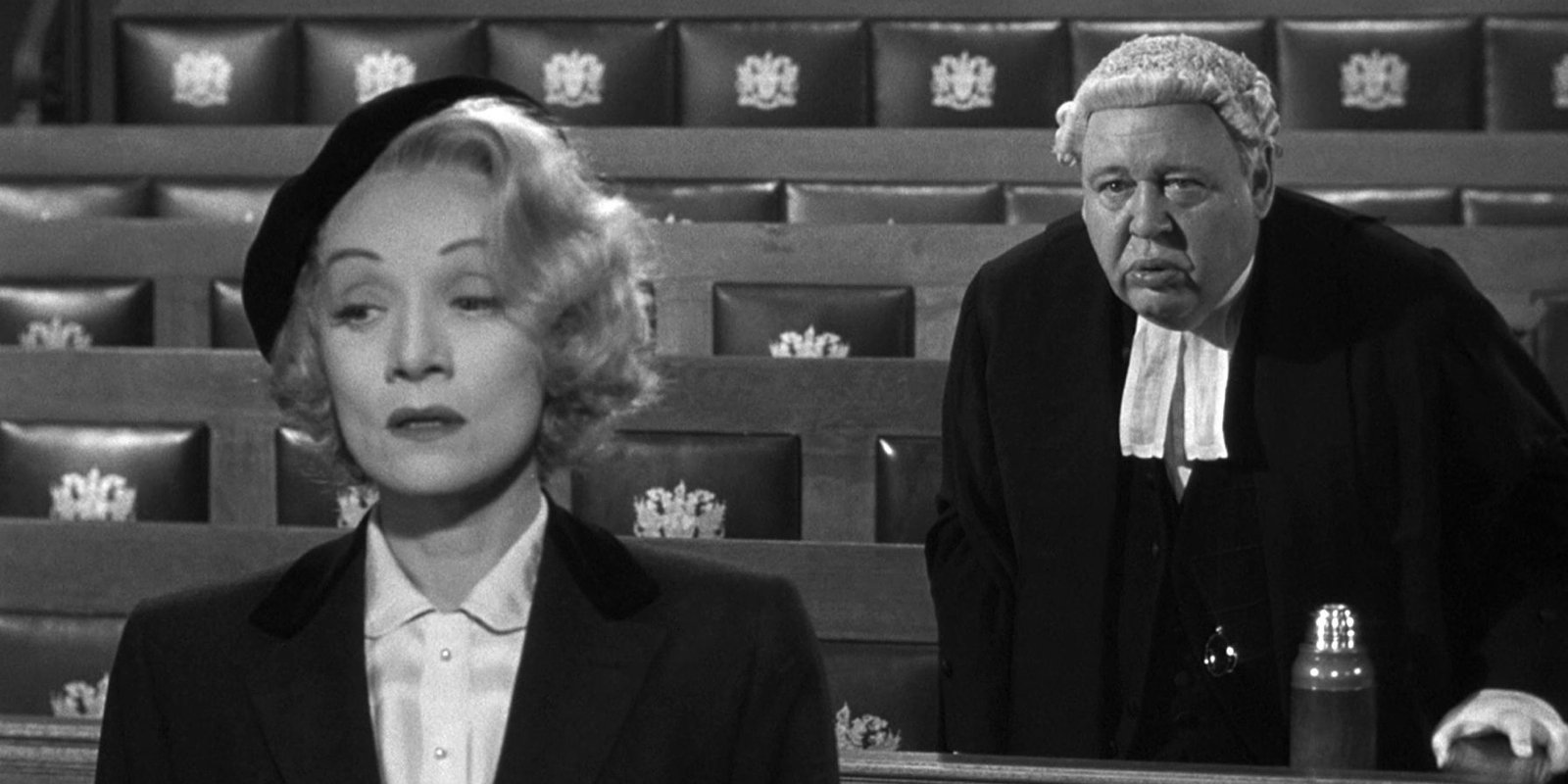 Read the story, then watch the movie! Upstate Films and Oblong Books co-present this screening, followed by a book group discussion — Sunday, November 12th at 1pm in Rhinebeck. To purchase tickets to the screening online in advance, click here.
Based on a short story and play by Agatha Christie, Billy Wilder’s WITNESS FOR THE PROSECUTION stars Charles Laughton as a British lawyer who gets caught up in a couple’s tangled affairs when he defends the husband for murder.

Sir Wilfrid Robarts (Charles Laughton) is an aging barrister recovering from a heart attack. Against the advice of his doctors, he decides to take on a case and defend the affable Leonard Vole (Tyrone Power), who is being tried for the murder of a wealthy woman. But Vole’s alibi unfortunately depends on the testimony of his wife, Christine (Marlene Dietrich), who discovers a legal loophole and decides to appear in court against him. To Sir Wilfrid’s surprise, this is only the first in a series of revelations and reversals. It’s parry and punch in the courtroom from the get go, and the air crackles with electricity as the story winds forward. Imbued with Wilder’s playfully cynical sense of humor, the film is balanced by well-marked characters, shifts of mood, changes of pace, and energetic performances. According to Billy Wilder himself, Agatha Christie said WITNESS FOR THE PROSECUTION was the best film adaptation ever done of her work.

(USA / 1957 / Directed by Billy Wilder)
“Approved”* / 1 hr 56 mins.
*The film was originally rated under the Hays Code, when films were “Approved “or “Disapproved” based on whether they were deemed moral or immoral.