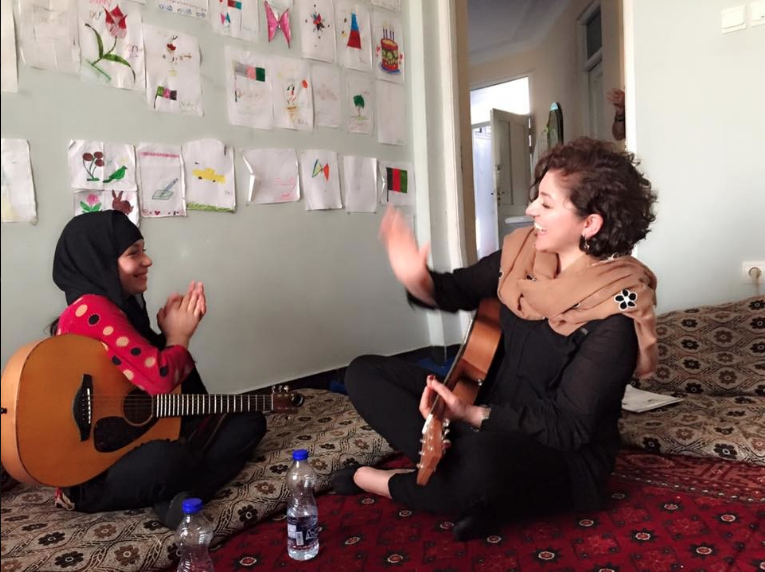 Saturday October 20th at 1pm, join the Engage Film Series for a benefit screening of WE THE WOMEN OF AFGHANISTAN, followed by a panel discussion on the international community’s involvement with women’s rights and opportunities abroad. The discussion will be anchored by filmmaker Nahid Shahalimi, Sean Hepburn Ferrer, and Susan Findel. Proceeds will benefit Let Us Learn, a UNICEF initiative bringing innovative educational opportunities to some of the world’s most vulnerable children (Suggested donation $10).

Filmmaker Nahid Shahalimi was forced to leave Afghanistan with her family in 1985 after witnessing the destruction of her country under Soviet occupation. Ignited by a drive to devote her life to promoting peace, tolerance, respect, and acceptance, Nahid developed a career as an author, filmmaker, and human rights activist. In 2009, she began collecting inspiring stories from women around the world, eventually publishing a volume titled “We the Women.” Continuing this creative initiative, she returned to Afghanistan to collect women’s stories over the span of four years. WE THE WOMEN OF AFGHANISTAN is the result of that project. Mixing personal reminiscence with interviews from women of various ages, classes, and occupations, she holds a microphone to different voices in Afghan society and depicts the resilience of women in the “silent revolution.”