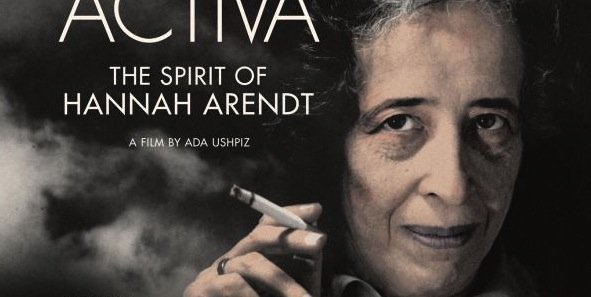 This new documentary is about one of the most influential thinkers of the 20th century, German-Jewish philosopher Hannah Arendt, who caused an uproar when she coined the phrase the “banality of evil” while covering the trial of Nazi war criminal Adolf Eichmann for the New Yorker magazine.

Her private life was no less controversial thanks to her early love affair with the renowned German philosopher and Nazi supporter Martin Heidegger. This thought provoking and spirited documentary, with its abundance of archival materials, offers an intimate portrait of the whole of Arendt’s life, traveling to places where she lived, worked, loved, and was betrayed, as she wrote about the open wounds of modern times. Through her books such as The Human Condition, The Origins of Totalitarianism,etc which are still widely read and the recent release of Margarethe von Trotta’s biopic Hannah Arendt there is renewed interest in Arendt’s insights into the nature of evil, totalitarianism, ideologies, and the perils faced by refugees.
A.O. Scott, NYTimes, “Arendt was also concerned with the ways certain totalitarian tendencies and attitudes could persist in democratic societies, and “Vita Activa” includes some especially chilling implications for the current state of American politics. Totalitarianism rested, in Arendt’s view, above all on the systematic refusal to engage reality, on the substitution of ideological fantasy and outright fiction for reason and empiricism. To risk understatement, those tendencies have hardly disappeared from modern society, and may even be stronger than they were at the end of Arendt’s life.”