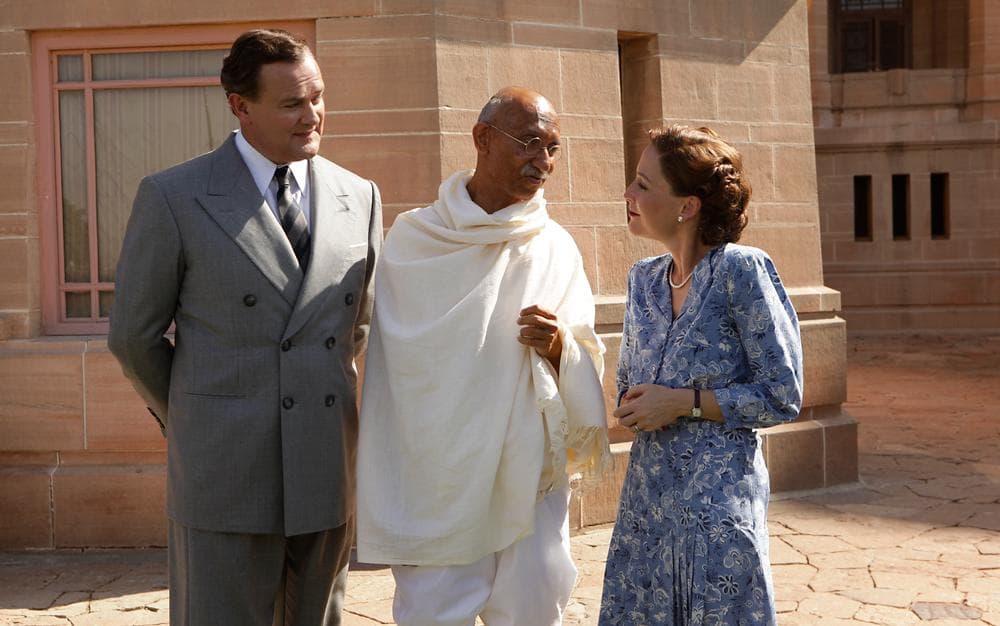 This lavish sweeping historical epic set in 1947 deals with the end of colonial empire and the creation of two states following 300 years of British rule on the Indian subcontinent;

New nations are rarely born in peace. For 6 months in 1947, Lord Mountbatten (Hugh Bonneville), great grandson of Queen Victoria, assumed the post of the last Viceroy overseeing the end of British rule. Taking his place in the resplendent mansion known as the Viceroy’s House, Mountbatten and his wife (Gillian Anderson) arrive hopeful for a peaceful transference of power. But ending centuries of colonial rule entails negotiating with Hindu, Sikh and Muslim leaders in a country divided by deep religious and cultural differences. This proves no easy undertaking, and the partition sets off a seismic struggle as two independent nations are carved out of the subcontinent. With sumptuous period detail, director Gurinder Chadha brings to life a pivotal historical moment that re-shaped the world.