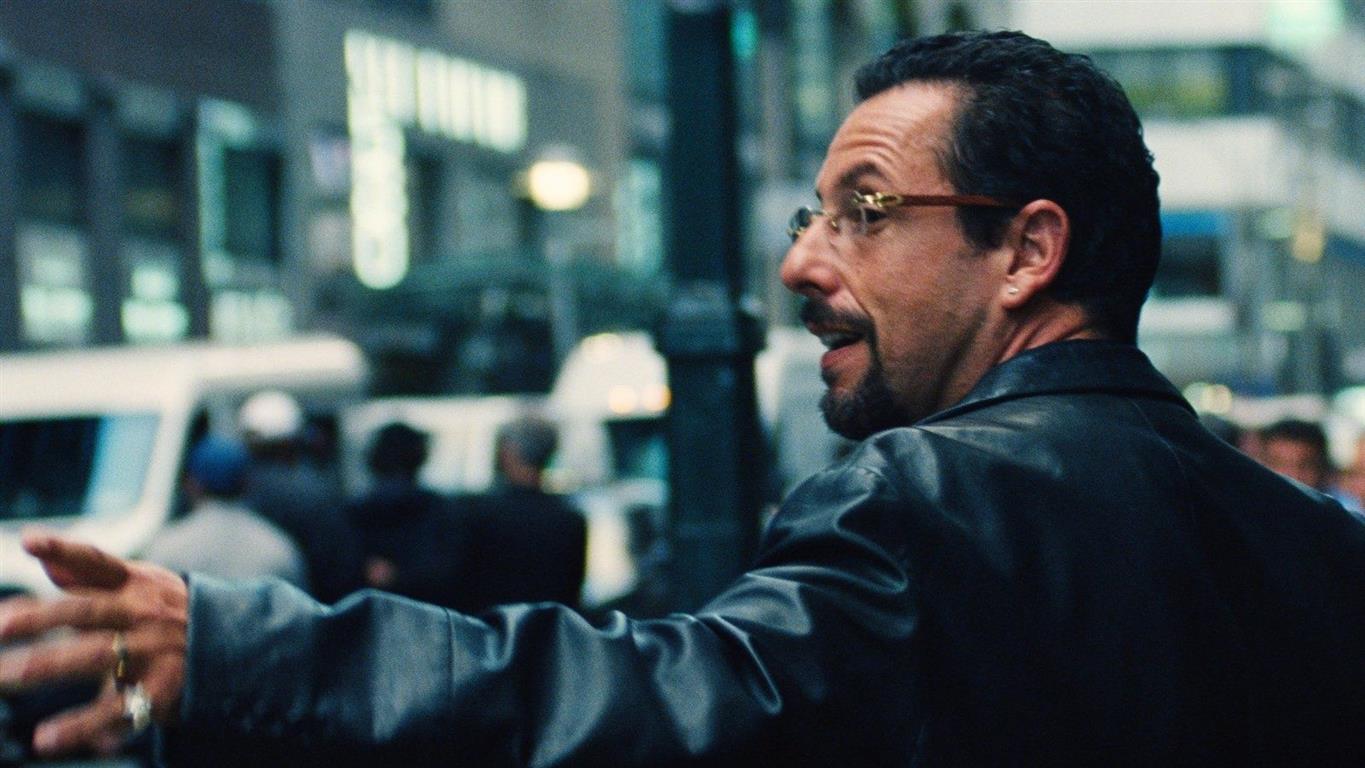 For Adam Sandler’s Howard Ratner – NYC diamond dealer, suburban husband/father, womanizer, and above all else, gambler – life is a quest for a big score.

Howard thinks he’s found just that when he pays a hundred grand for some uncut black opals from Ethiopia on the strength of a YouTube video clip. Meanwhile, Howard, a compulsive sports bettor, loves the action betting on NBA games, but is way behind paying off his bookie. When NBA star Kevin Garnett and his entourage walk into Howard’s showroom to buy a watch, Howard makes the mistake of showing off the opals. Garnett, smitten with the jewels, insists on taking them to upcoming crucial playoff game as a talisman, and Howard figures he can turn this into a big get-even coup. Even as he evades the collection goons, tries to corral his mistress, and keep his wife at bay, Howard still wants to be seen in the eyes of family and friends as a mensch. And yet, he must somehow endure several tragicomic humiliations on his way to the elusive big score.The Safdie brothers’ latest film features an award-worthy performance by Sandler who shows off his well-honed acting chops (a la PUNCH DRUNK LOVE), demonstrates another side of the star.