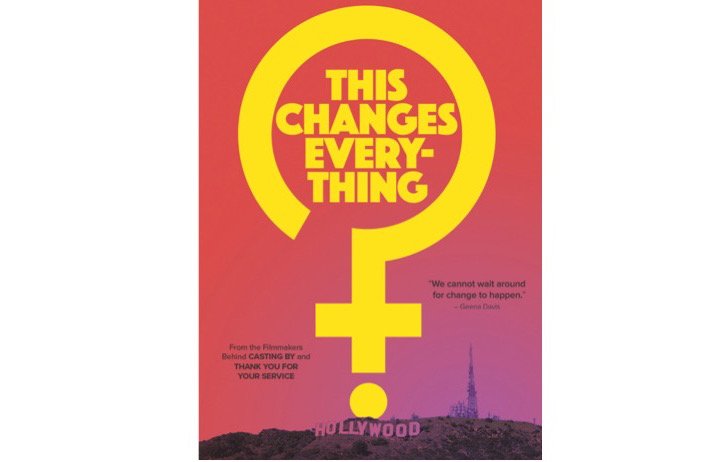 In Person: Director Tom Donahue. Friday, August 16th at 8:15pm in Rhinebeck. Co-presented by the Woodstock Film Festival.
Told first-hand by some of the industry’s leading voices — including Executive Producer Geena Davis, living legends like Meryl Streep, and younger talent such as Yara Shahidi and Chloe Moretz — THIS CHANGES EVERYTHING uncovers what is behind one of the most confounding dilemmas in the entertainment industry… the under-representation and misrepresentation of women.
Click here to purchase tickets through the Woodstock Film Festival website in advance

In the last 100 years, Hollywood has emerged as one of the most influential forces in shaping our society’s perceptions and expectations of women and girls in everyday life. And as our country’s largest export, what comes out of Hollywood reaches the entire world. Yet who is creating these stories, and how do they shape on-screen portrayals of women? THIS CHANGES EVERYTHING takes an incisive look behind and in front of the camera, into the historical and systemic forces that foster gender discrimination and reinforce disparities in our culture. Backed by hundreds of stories and overwhelming data, director Tom Donahue illuminates and unpacks an inherently misogynistic Hollywood machine. The film is a call for change and accountability, seeking and proposing solutions from inside Hollywood and around the world.