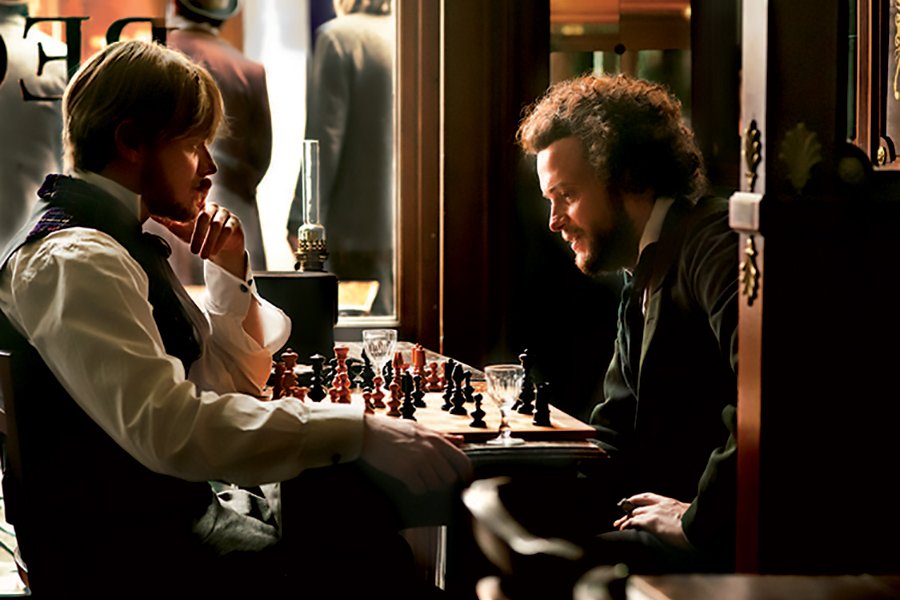 Raoul (I’m Not Your Negro) Peck’s new film, set in the mid-1800s when the Industrial Revolution had already created both new prosperity as well as problems, is about the 26-year-old Karl Marx who, with his wife Jenny, embarks on the road to exile.

In Paris in 1844 they meet young Friedrich Engels, the well-to-do son of a factory owner whose studies and research has exposed the poor wages and worse conditions of the new English working class who operate looms, printing presses and other engines of industry that enrich their owners while punishing laborers. The smooth and sophisticated–but equally revolutionary and radical–Engels brings his research, help and resources to provide Marx with the missing piece to the puzzle that composes his new vision of the world. Together, between censorship and police raids, riots and political upheavals, they will preside over the birth of the labor movement turning far-flung and unorganized idealists and dreamers into a united force with a common goal. The organizations they create and ideas they put forward will grow into the most complete philosophical and political transformation of the world since the Renaissance–started, against all expectations, by two brilliant, insolent and sharp-witted young men whose writings, works and ideas were embraced by revolutionaries even as they were corrupted by dictators. As director Raoul Peck himself puts it, “Before they’d even reached the age of thirty, Karl Marx and Friedrich Engels had undoubtedly started to change the world–for better or worse…”