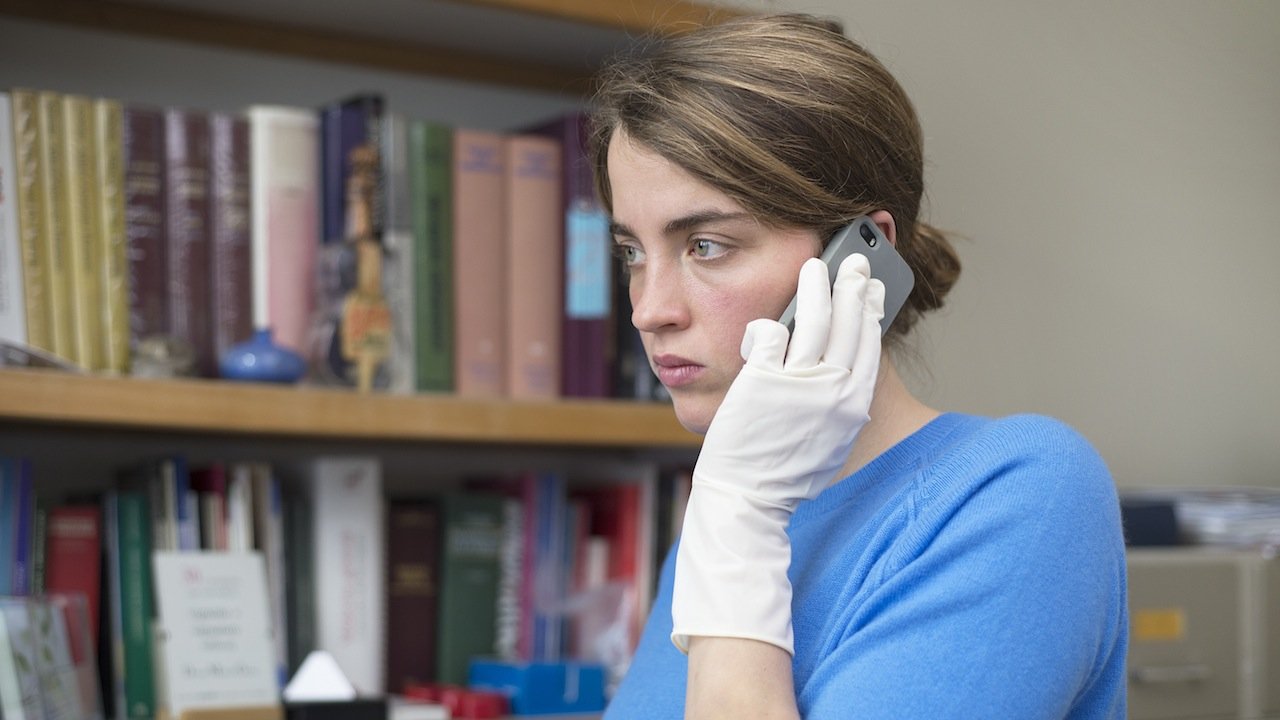 The Dardennes brothers – remember THE KID WITH THE BIKE, THE PROMISE, TWO DAYS, ONE NIGHT – have an infallible sense of how to make cinema connect the personal with the political, and their latest, a gripping and profound moral tale is no exception.

It tells the story of Jenny (Adèle Haenel), a young doctor who’s shaken to her core when the corpse of an unidentified young woman is found near her clinic after she’s taken the easy way out and turned her back. Wracked by guilt, Jenny embarks on an obsessive crusade to discover who the anonymous woman was and to make sure that she is not forgotten.And in the process, she sees what she must do to honor her oath as a doctor.
From A.O. Scott’s NY Times review, “The Unknown Girl” is as tense as a police procedural, and as mysterious as a religious parable. It’s a Dardenne brothers film, in other words, shot with unassuming lyricism and an eye for everyday detail and full of modest, eloquent performances”