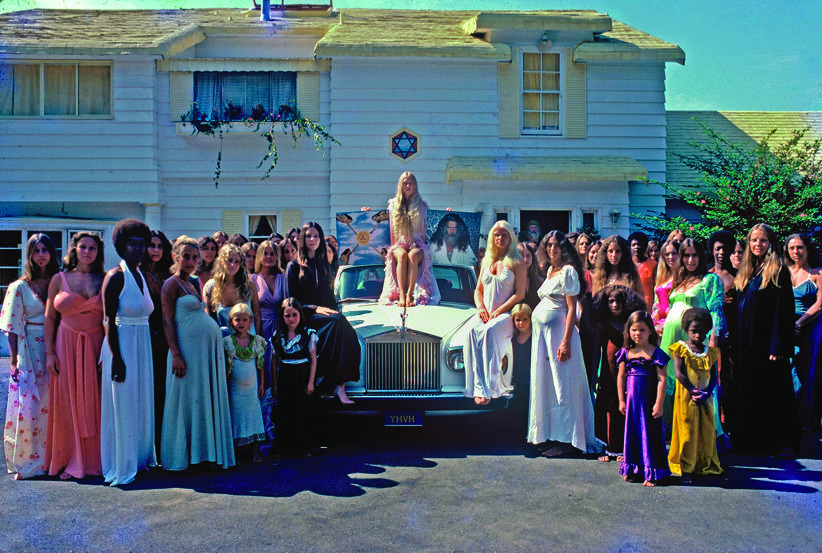 Join Upstate Films for the dawning of the Age of Aquarius with this double feature.

6:25 pm The Source Family (dir. Jodi Wille and Maria Demopoulos, 98 mins.)
In popular mythology, Altamont and the Manson Family marked a disturbing end to the endless Summer of Love. But an uber-60s experience was still swinging in Los Angeles. Here a charismatic former Marine named Jim Baker began a commune that attracted beautiful young followers who called him “Father Yod.” In a sprawling mansion, flower children meditated, made psychedelic music and tantric love, and worked as bean-sprout soldiers at the beginning of the health food revolution. And it was all captured on Super 8 film by a young woman named Isis Aquarius, designated Keeper of the Records. Forty years later Aquarius worked with the filmmakers to unlock the archive and tell the outrageous story of “The Source.”

8:40 pm-9:40 pm The Unarius Academy of Science
The Unarius Academy of Science were on a radical mission in the ’70s and ’80s: to spread their “inter-dimensional science of life” and principles of past-life therapy via some of most wildly inventive public access TV programming in America. Utilizing otherworldly costumes and makeup, guerilla location-filming techniques, and ingenious no-budget special effects, this folk-healing collective produced a legacy of some of the most mind-melting, oddly uplifting gems of American outsider cinema. In advance of her new feature documentary on Unarius, Jodi Wille  presents treasures from deep in the Unarius archives and a new transfer of the elaborately staged and costumed Unarius psychodrama: The Decline & Destruction of the Orion Empire – Part 4: Religious Deception and Spiritual Truth (Dir. Archangel Uriel, 1980, 30 mins.)