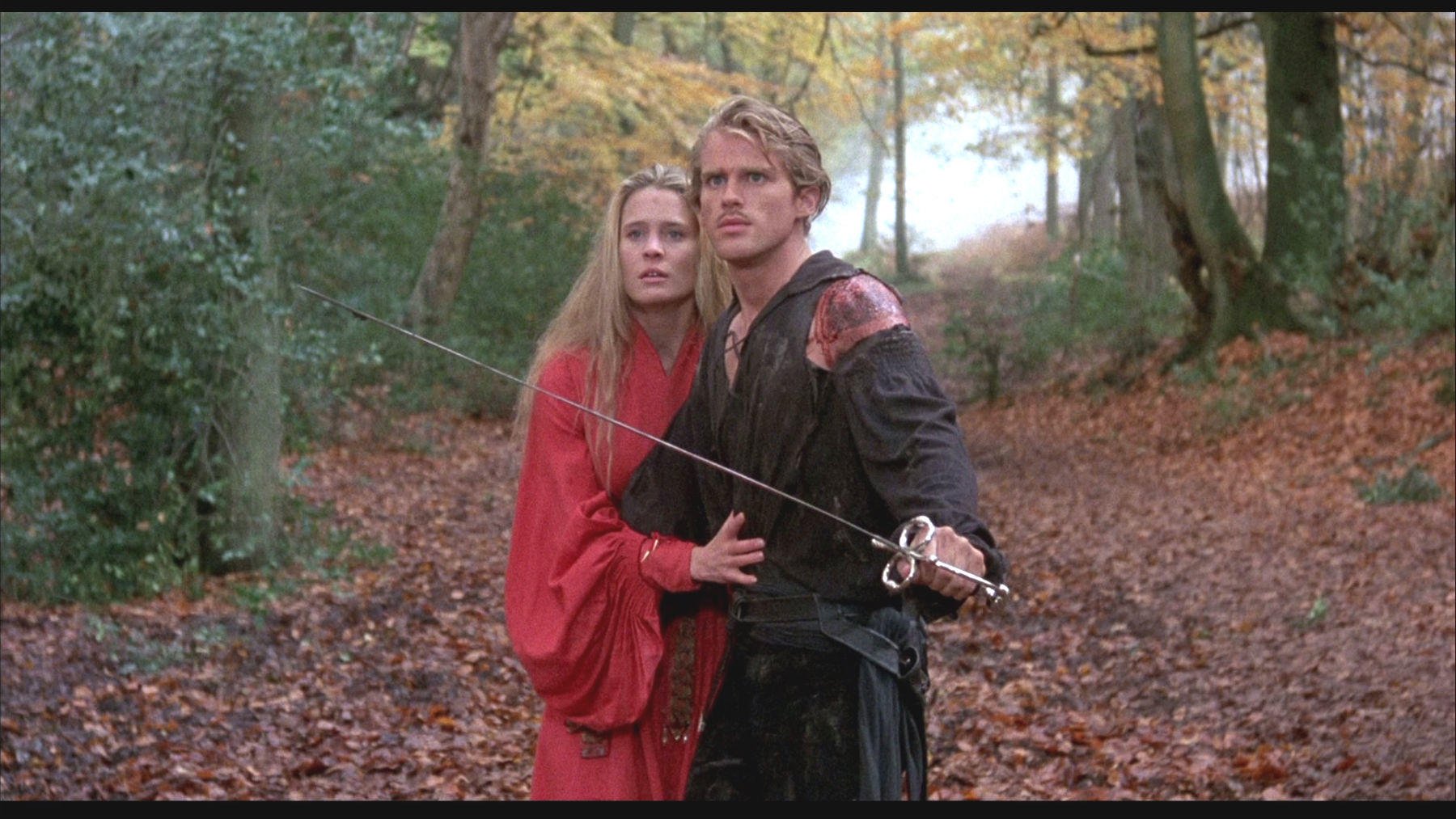 Read the book, then watch the movie! Sunday July 30th at 1pm, Upstate Films and Oblong Books co-present this screening, followed by a book discussion.
Adapted by William Goldman from his novel of the same name, it’s not difficult to see why The Princess Bride has become a classic in the years since its 1987 release. Heroic fantasies, we often feel, should be lighter than air, hot as dragon fire, and fast as a sword in the sunlight. And that’s what we get from this epic delight — along with an ample supply of humor and foolery.

Presented as a book being read by a grandfather (Peter Falk) to his sick grandson (Fred Savage), the film preserves the novel’s narrative style. In the film, Cary Elwes stars as Westley, a farmhand who sets out to fight off the odious Prince Humperdinck (Chris Sarandon) and Count Tyrone (Christopher Guest) to save his beloved Princess Buttercup (Robin Wright). With a little help from a giant, a miracle worker, and a drunk swordsman who is seeking revenge against his father’s murderer, Wesley spoils a war plot as he fans the flames of his true love. Featuring high-spirited supporting performances from Billy Crystal, Carol Kane, Andre the Giant, and Mandy Patinkin, The Princess Bride spoofs the conventions of fantasy and romance without teetering into irony. Never seen it? Inconceivable! A joy for young and old, you won’t want to miss this one.

Click here to purchase tickets to the screening at Upstate Films.