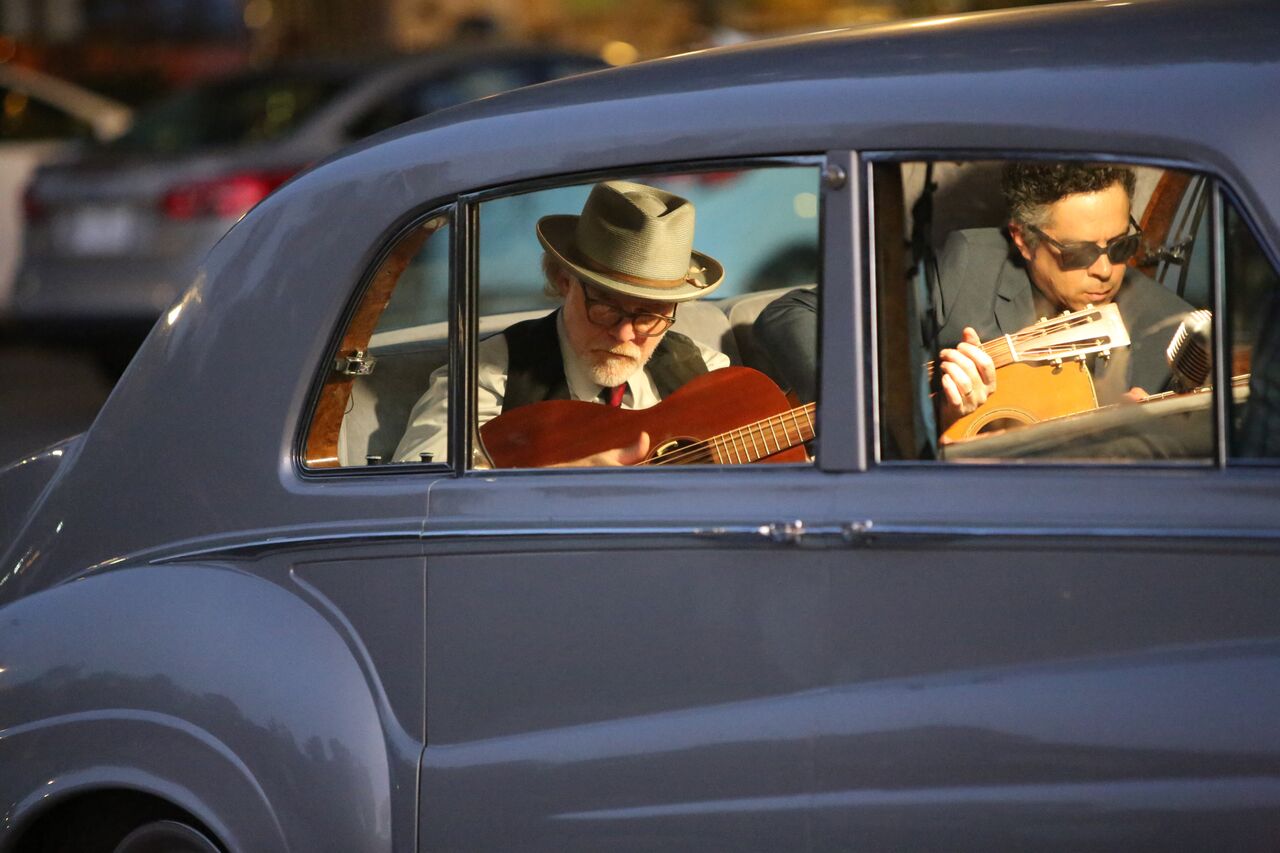 Eugene (Why We Fight, The Trials of Henry Kissinger, The House I Live In) Jarecki’s wildly ambitious new film takes Elvis’s 1963 Rolls-Royce on a road trip across America forty years after his death. Linking the singer’s life to the story of our country, the film carries us on a trip from Graceland to Trumpland.

As he tracks Presley’s path from Tupelo to Memphis, Nashville, New York, and beyond, Jarecki looks at contemporary America restlessly. Along the way, he incorporates everything from musical numbers filmed live in the back of the car to interviews with performers like Chuck D and Ethan Hawke, cultural critics and historians like Greil Marcus and Peter Guralnick, ordinary citizens living in the town where Elvis was born, and even the film’s own road crew. It’s hard to pinpoint where Jarecki’s story of Elvis’s rise and fall turns into an analogy for Trump’s America, but as Peter Travers commented in Rolling Stone, “when it happens — kapow!” Far from a standard biopic, The King dares to use Presley’s life as a metaphor for our country’s trajectory into late-stage capitalism. “The kind of movie that might just shake you from your sleep at night weeks later… it makes leaps of logic that defy all common sense, and yet somehow everything clicks together in a grand display of cinematic fireworks, scored to generations of musicians that came before and after the film’s subject. It is, as an interviewee says, ‘one of those epiphanies where thousands of meanings come crashing down at once.’” – Andrew Lapin, NPR