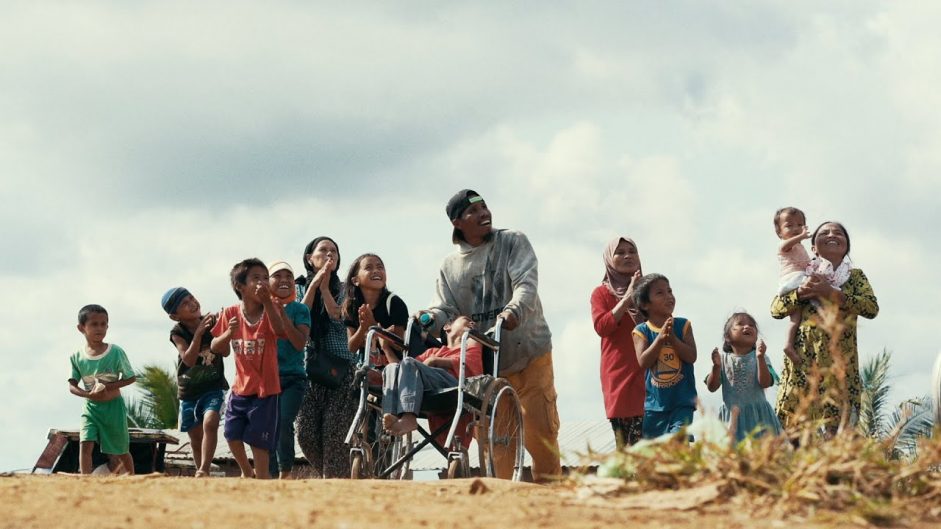 Special Screening at the Starr Cinema – with Q&A with director Guillermo Fesser.

The Invisible Monster a 29-minute short film about finding hope and happiness amidst poverty. It was shot in post-conflict Marawi City, Philippines, with the actual residents of its landfill starring as actors.

Directed by two brothers, Oscar-nominated filmmaker Javier Fesser, and renowned journalist Guillermo Fesser, through a collaboration with the humanitarian organization Action Against Hunger, the film was developed in order to start a debate about hunger in the schools of Spain.

Synopsis
Aminodin’s father always smiles because he says that “happy people live longer.” That is why, at eight years old, Aminodin puts on his best smile while working at the Papandayan dumpsite where he lives with his family.

His cousin Aliman on the other hand, lost his smile when bombs fell from the sky in his hometown of Marawi City. As Aliman spends his days sad and depressed in a refugee camp, Aminodin devises a plan to make him smile again.

Guillermo Fesser, known in Spain for his radio show Gomaespuma, is a TV correspondent in the US. His multifaceted career includes the direction of the film “Candida,” his nonfiction bestseller, “One Hundred Miles from Manhattan,” and the illustrated book “Get to Know Bernardo de Galvez” about Hispanic history in the U.S.