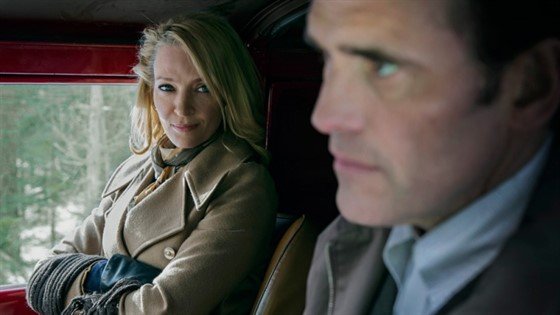 Wednesday, November 28th at 8:20 in Rhinebeck
Boundary-pushing cinema-provocateur Lars von Trier’s (BREAKING THE WAVES, DANCER IN THE DARK, MELANCHOLIA, ANTICHRIST, etc) latest, THE HOUSE THAT JACK BUILT, has its North American premiere Wednesday, November 28, with a special one-night-only show of the director’s cut – the version shown at this year’s Cannes Film Festival where the director was greeted with a 10-minute standing ovation and where the film, the tale of a serial killer, prompted many to walk out. Not for the faint-hearted.

In five audacious episodes, failed architect and unhinged mental case Jack (Matt Dillon) recounts his elaborately orchestrated murders — each, as he views them, a towering work of art that defines his life’s work as a serial killer in the Pacific Northwest in the 1970s. Over the course of 12 years we follow Jack and experience the story from his point of view as we witness the murders. As the bungling police intervention draws nearer, he is taking greater and greater risks in his attempt to create the ultimate artwork. All along the way we experience Jack’s descriptions of his personal condition, problems and thoughts through a recurring conversation with the unknown character, Verge (Bruno Ganz) that’s full of grotesque sophistry mixed with an almost childlike self-pity. Dark and sinister. NOTE: This film contains scenes of graphic violence. Viewer discretion is advised.

*Online pre-sale tickets have ended, but tickets are still available any time today at the box office (open now, cash and check only).