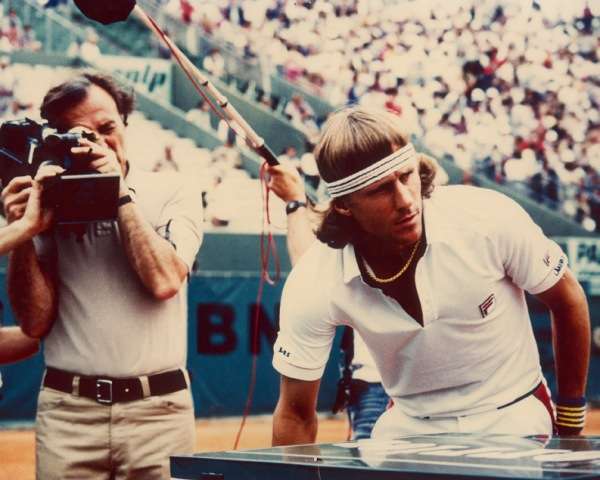 The 60+ year body of work by legendary photographer and filmmaker William Klein is as thrillingly eclectic as any living artist. The 1982 documentary, rarely seen in the U.S. and newly restored, converts a startling privilege—Klein was the first and only filmmaker ever granted exclusive access to the French Open—into a breathtaking collage of sport, commerce, celebrity and media. Klein’s camera captures TV studios and players boxes, getting up close to Björn Borg, John McEnroe, Yannick Noah, Ivan Lendl and in one unforgettable locker-room scene, Chris Evert. It’s the greatest behind-the-scenes film tennis has yet seen. (France, 1982, 130m)
“A gripping sports page, a fascinating piece of reportage, and a work of art.” –Wes Anderson