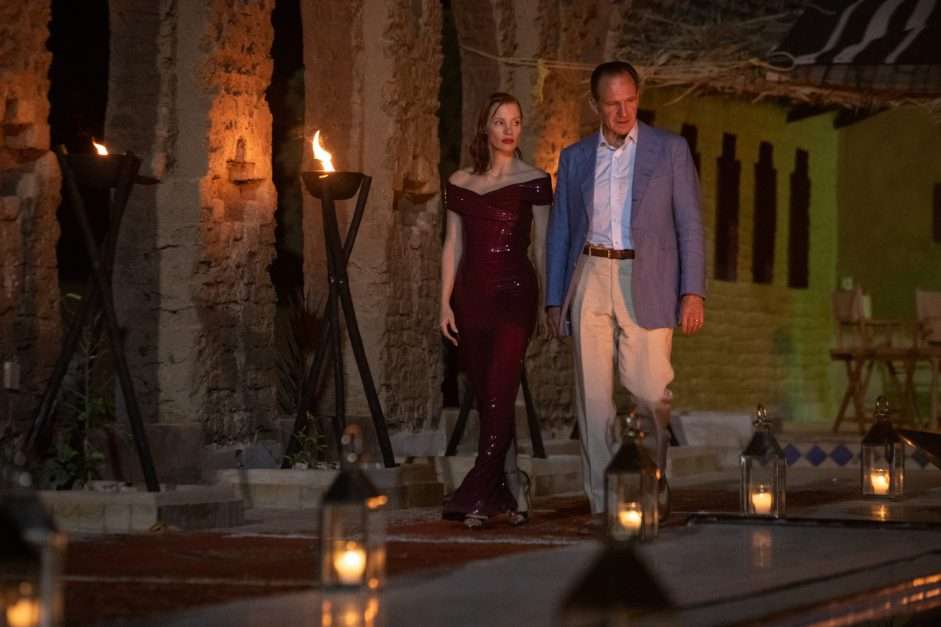 In John Michael McDonagh’s film, Ralph Fiennes and Jessica Chastain play two wealthy Londoners who, visiting Morocco to attend an old friend’s lavish weekend party, are involved in an accident, which they clumsily fail to cover up, and, then, must come to terms with the consequences, and their privilege. (U.K., 2021, 116m)

“Scripted, directed and acted with intelligence and panache” –Hollywood Reporter