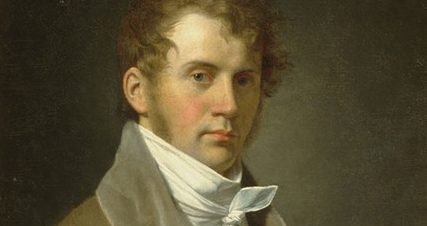 IN PERSON: Tobe Carey Sat July 1st at 2:00pm in Woodstock. Free show.
Thomas Cole and Frederic Church and many of the Hudson River School of landscape painters are known world-wide, but actually it was Kingston’s John Vanderlyn who was the first local artist to gain major fame around the globe.

In 1802 John Vanderlyn’s patron Aaron Burr  proclaimed  “… John Vanderlyn is pronounced to be the first painter that now is or ever has been in America.”  Tobe (RAILS TO THE CATSKILLS, SWEET VIOLETS, DEEP WATER: BUILDING THE CATSKILL WATER SYSTEM) Carey’s latest is the story of John Vanderlyn, the celebrated artist who portrayed seven American presidents, rose to fame as a 19th century neoclassical history painter, and died penniless and alone in his hometown of Kingston, New York.