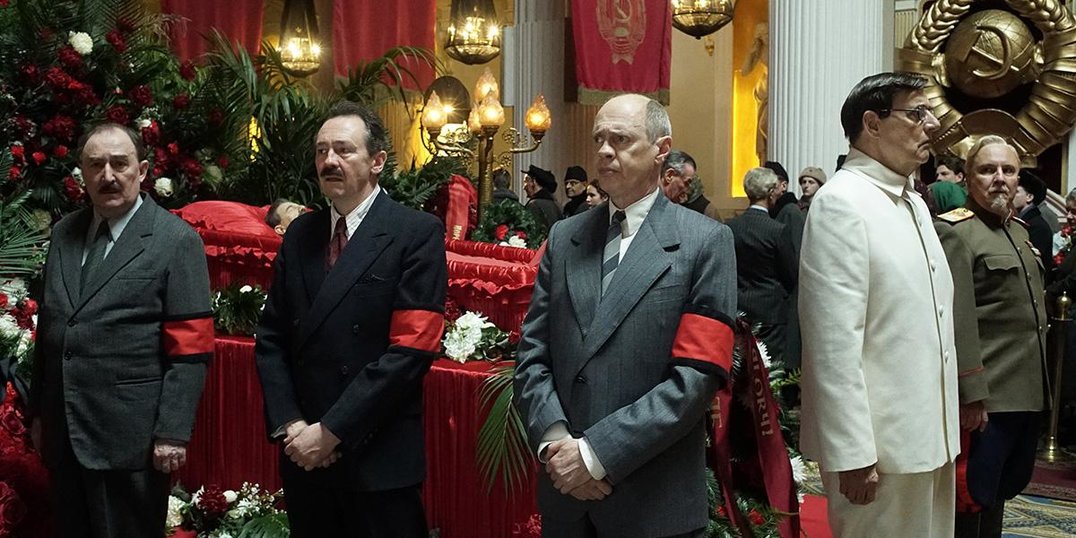 With his irreverent spin on political humor, Armando Iannucci (The Thick of It, Veep, In the Loop) is in his element with this send-up of the Soviet dictator and his scheming inner-circle.

Based on a graphic novel by Fabien Nury and Thierry Robin, the film sets its story in 1953. At its center is the iron-fisted Stalin (Adrian McLoughlin), who has ruled the Soviet Union for decades and racked up countless crimes against humanity and millions of victims. But his rule comes to a halt one morning when he is found belly-up on the floor of his office following a stroke. What follows is a plotting and jostling for power unlike any other. All of his top lackeys are in contention — Malenkov (Jeffrey Tambor), Khrushchev (Steve Buscemi), Molotov (Michael Palin), Zhukov (Jason Isaacs). As they bumble, brawl, and backstab their way to the top, just who is running the government? Portraying the dictator’s inner circle as a bunch of arrivistes who wound up at the help of a Cold War superpower, The Death of Stalin combines palace intrigue with rapid-fire farce. A bitingly funny takedown of bureaucratic dysfunction performed to the hilt by a sparkling ensemble cast, it’s not hard to imagine parallels to a different capital today.