The Black Maria Film Festival returns to Upstate Films Friday August 2nd! Named after Thomas Edison’s film studio, dubbed the “Black Maria” because of its resemblance to the black-box police paddy wagons of the same name, the program features a collection of award-winning works — including animation, narrative, and documentary films chosen by the festival jury. Immediately following the screening, Festival Director Jane Steuerwald will conduct a Q & A with the audience, along with filmmaker Seth Kramer & writer/performer Ann Talman. The show begins at 8:15pm and will take place at Upstate Films in Rhinebeck. 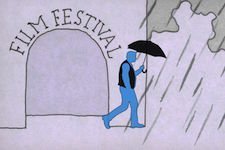 Random Thoughts – Animation
7 min. by Steven Vander Meer, Arcata, CA
Having recently completed a film made of circles and personal health problems, our hero ships his masterpiece off in a box to a film festival. As he makes his way to the festival on foot, his thoughts reveal how inspiration can come to a creative spirit from anywhere, about anything, at any given time. 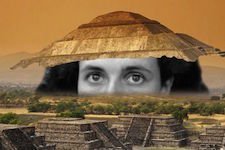 Gloria’s Call – Documentary
17 min. by Cheri Gaulke, Studio City, CA
In 1971, graduate student Gloria Orenstein received a call from Surrealist artist Leonara Carrington that sparked a lifelong journey into art, ecofeminism, and shamanism. Gloria’s Call uses art, animation, and storytelling to celebrate this wild adventure from the cafes of Paris to the mountaintops of Sami Land. 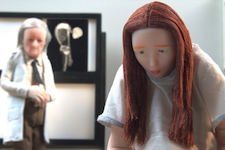 Henrietta Bulkowski – Animation
15 min. by Rachel Johnson, Los Angeles, CA
A determined young woman, crippled with a severe hunchback, will stop at nothing to fulfill her dream of seeing the world. This is the story of how she finds happiness. 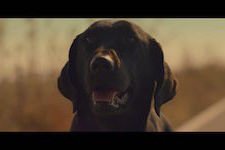 Black Dog – Narrative
6 mins. by Wooseok Shin, Seoul, South Korea
“Black Dog Syndrome” is the name for the phenomenon in which dark-coated dogs are overlooked in shelters in favor of lighter colored dogs. Don’t overlook that dark-coated beauty waiting in the shadows. You may be overlooking your new best friend. 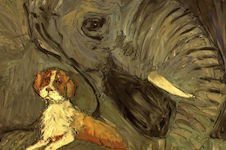 The Elephant’s Song – Animation
8 mins. by Lynn Tomlinson, Owings Mills, MD
The Elephant’s Song tells the true and tragic tale of Old Bet, the first circus elephant in America, as recounted in song by her friend, an old farm dog. Their story is portrayed in colorful animation, created frame by frame with clay-on-glass animation, where oil-based modeling clay is spread thinly on a glass sheet and moved like a moving finger painting.

A Rose From My Garden – Documentary
19 mins. by Deborah Peretz, NY, NY
In the summer of 2017, mysterious stone figures sprang up along the Hudson River in Upper Manhattan. Exquisitely balanced, powerful yet fragile — the “Sisyphus Stones,” as they have come to be known, are the creations of Uliks Gryka, who toils daily in what he calls his “garden of creation.” 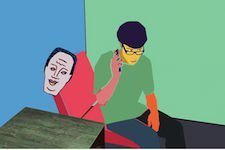 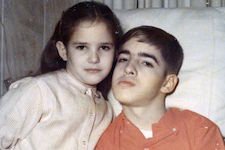 Woody’s Order – Documentary
16 mins. by Seth Kramer, Red Hook, NY
Woody’s Order is a film based on a one-woman show written and performed by actress Ann Talman. Family legend has it that Ann was “ordered” into this world in 1956 by Woody, her then eight-year-old brother with severe cerebral palsy. Ann’s raison d’etre was to care for Woody if and when their parents could not. At the time, Woody was not expected to live past twelve. Ann’s performance details her struggles to understand her brother’s disorder, build a career, and even sustain her sanity while fulfilling her sacred obligations.