The Black Maria Film Festival returns to Upstate Films Friday July 27th! Named after Thomas Edison’s film studio, dubbed the “Black Maria” because of its resemblance to the black-box police paddy wagons of the same name, the program features a collection of award-winning works — including animation, narrative, and documentary films chosen by the festival jury. Immediately following the screening, Festival Director Jane Steuerwald will conduct a Q & A with the audience. The show begins at 8:15pm and will take place at Upstate Films in Rhinebeck. 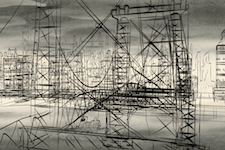 New York City Sketchbook – Animation
13 min. by Willy Hartland, Brooklyn, NY
New York City Sketchbook explores urban experience with all its beauty and blemishes. Working from his sketchbooks in a form of visual journalism, the filmmaker documents the challenges that New Yorkers face with their hopes and desires as they negotiate the urban matrix of the city itself. 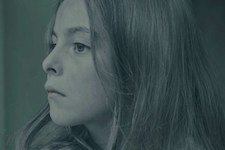 Mama – Narrative
10 min. by Mert Canatan, Valencia, Spain
Life can change in the blink of an eye, though you may never know when you have left your safe zone until everything that used to be there is gone. This is the story of a Syrian refugee girl who crossed that thin line and saw her entire life altered forever. 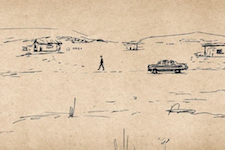 The Driver is Red – Animation
15 min. by Randall Christopher, San Diego, CA
Set in Argentina in 1960, this true crime documentary follows the story of secret agent Zvi Aharoni as he searched for a mysterious man named Ricardo Klement. What he discovered in the remote outskirts of Buenos Aires would send shockwaves around the world. 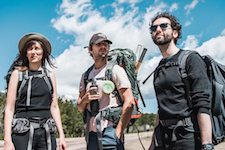 #TAKE ME ANYWHERE – Documentary
43 min. by Shia LaBeouf, Nastja Rönkkö and Luke Turner, UK & Finland
On May 23rd, 2016, Shia LaBeouf, Nastja Rönkkö and Luke Turner embarked on a 31-day project to hitchhike the Internet. They tweeted their GPS coordinates, along with the #TAKEMEANYWHERE hashtag, and waited for a ride. Whoever appeared had the opportunity to take them wherever they chose. For the duration of the film project, their path was entirely in the hands of the public. 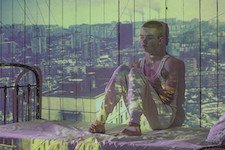 Little Potato – Documentary
14 min. by Wes Hurley and Nathan Miller, Seattle, WA
An autobiographical film about a boy growing up gay in the Soviet Union, his mother Elena, and their adventurous escape to America. Struggling to survive in the USSR during Perestroika, Elena and her son escape into a world of pirated American movies. But homophobia is rampant in the Soviet Union, and Elena decides to become a mail-order bride and discover America for herself and her son.