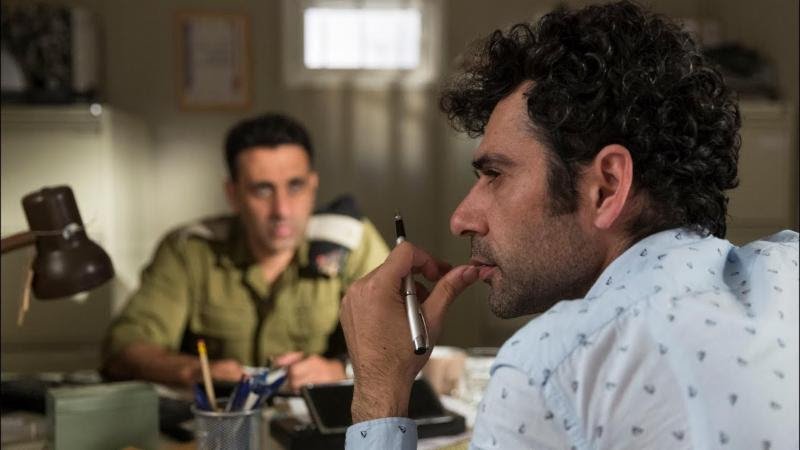 Salam, a charming 30-year-old Palestinian, is an assistant on a Palestinian soap opera “Tel Aviv on Fire”, a big hit with both sides, that’s produced in Ramallah which means everyday he must negotiate an Israeli checkpoint.

His commute through the checkpoint means daily encounters with the Israeli officer in charge (Yaniv Biton), whose wife is a big fan of the soap opera, and who has lots of ideas about the show. Salam’s creative career is on the rise as he concocts plot twists to suit viewers on both sides – until the Israeli officer demands Salam change the show’s story line to make his wife happy. The show’s financial backers disagree about the ending, and Salam is caught in the middle of a dangerous mess.