Directed by Jonathan Glazer (Sexy Beast, Birth), Under the Skin takes place in the gray, desolate cold of Scotland, where an extraterrestrial (Scarlett Johansson) seduces young men into a black hole and leads them to a peculiar death.
Given her pouty, coral-pink lips, chic black bob, and her alluring friendliness, the alien siren has little difficulty bringing men back to her place. Once there, she walks into the darkness, the men following suit, unaware that the closer they reach her, the more danger they’re in. When the temptress has trouble with the latest victim in her seduction ploys, she employs different strategies to put him at ease. But the man manages to escape, and from that point on, she demonstrates a newfound curiosity about the human world, even attempting to fit in. Undeniably deconstructing female sexuality in relation to masculine power, and drawing on references from 2001: A Space Odyssey to The Man Who Fell to Earth, Glazer’s latest is a visionary odyssey that gets under your skin. View TrailerRead a Review 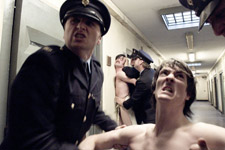 A harrowing look at the last days of Bobby Sands – an Irish Republic Army volunteer who died during a hunger strike while incarcerated in 1981.

The film begins with Sands and his fellow IRA prisoners locked in Ireland’s HM Prison Maze in the midst of a tense “dirty” strike. They refuse to bathe, and their cells and bodies are covered in filth. They want to be recognized as political prisoners, but are met with derision from the guards and prison authorities. So Sands decides to up the ante by engaging in a hunger strike, at which point the film shifts in scope to focus on Sands’ slow physical and mental degradation – leading to his death 66 days later. Video artist and first-time director Steve McQueen tackles this touchy and painful subject with brio, and Michael Fassbender gives an unforgettable performance as Sands. While the subject matter is certainly difficult, the film is an intriguing and heart-wrenching examination of the body as a political weapon. 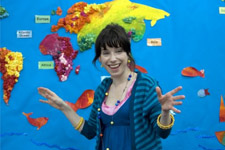 Leigh calls his film about Poppy (Sally Hawkins), a thirty year old London schoolteacher, a “love letter to life.” And yet, between the laughs he works in his patented social commentary. Leigh always discovers plot in character, and here he’s built a film around one indelible performance. Minutely observing Poppy through her relationships with others, whether it’s the kids she teaches at her primary school, her repressed driving instructor (Eddie Marsan), her close friend and flatmate Zoe (Alexis Zegerman) or her older colleague Heather (Sylvestra Le Touzel), Leigh’s film aches with truth.