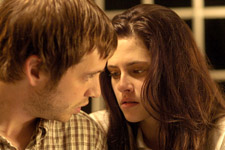 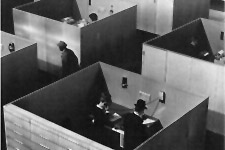 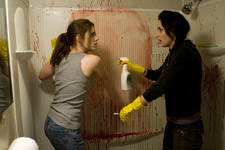 *IN PERSON: THURS. APRIL 23rd @ 7:50pm – RAQUEL STEINLAGE-PALLACK of Ulster Bio-Recovery will speak about the real business of biohazard cleaning.

In the spirit of LITTLE MISS SUNSHINE, SUNSHINE CLEANING is a quirky drama/comedy starring Amy Adams as a down-on-her-luck housekeeper who starts a new career—as a crime scene cleaner.

A former high school cheerleader, Rose (Adams) now struggles to make ends meet as a housekeeper. Upon the advice of her lover, former high school quarterback turned local detective Mack (Steve Zahn), Rose tries her hand at the messy business of mopping up the icky aftermath of violent altercations and suicides. She ropes her sister Norah (Emily Blunt)  into the trade, while her father (Alan Arkin) cares for her young son. The sight of the duo dealing with unpleasant messes is played for laughs, but the nature of the work awakens painful, and long dormant, memories for the family.