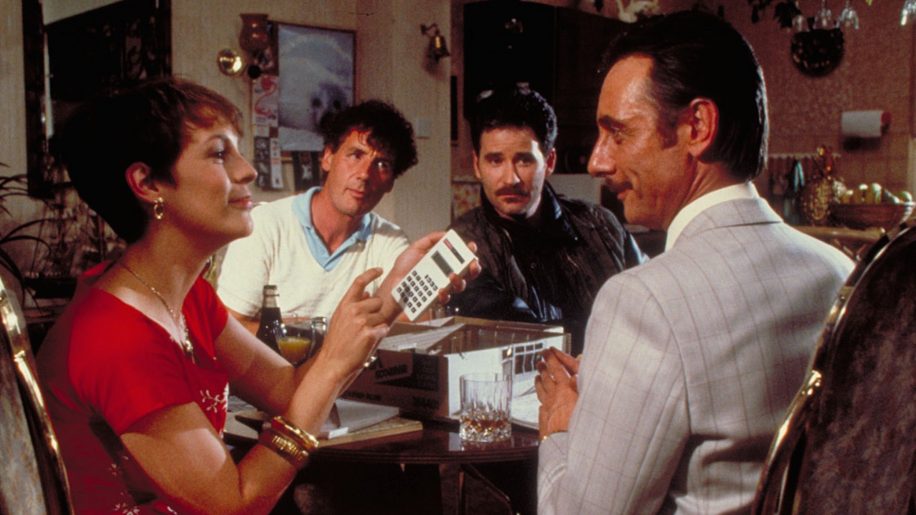 View Trailer Roger Ebert's 1988 rave
A FISH CALLED WANDA had audiences rolling in the aisles before becoming one of the most rented titles back in the days of, dare we say, home video. Decades later, the Oscar-winning ensemble movie about a clueless weapons expert, a bumbling barrister, a quick-witted femme fatale, and a stuttering con artist remains a cult favorite indebted as it is to the Ealing Studio comic tradition, courtesy of its director Charles Crichton & co-collaborator Monty Python alum, John Cleese. Starring Cleese, Kevin Kline (won Oscar for Supporting Actor), Michael Palin, Jamie Lee Curtis, and of course, the eponymous fish, the film boasts some of the strongest comic performances of its actors’ careers.
UK, 1988, directed by Charles Crichton, R, 109 mins.

“And comedy this outrageous needs a soft spot at its heart, to offset its lust, brutality and cheerful disregard for propriety. Fortunately for all concerned, not one of these needs seems to go unmet.”
-Sheila Benson, L.A.Times