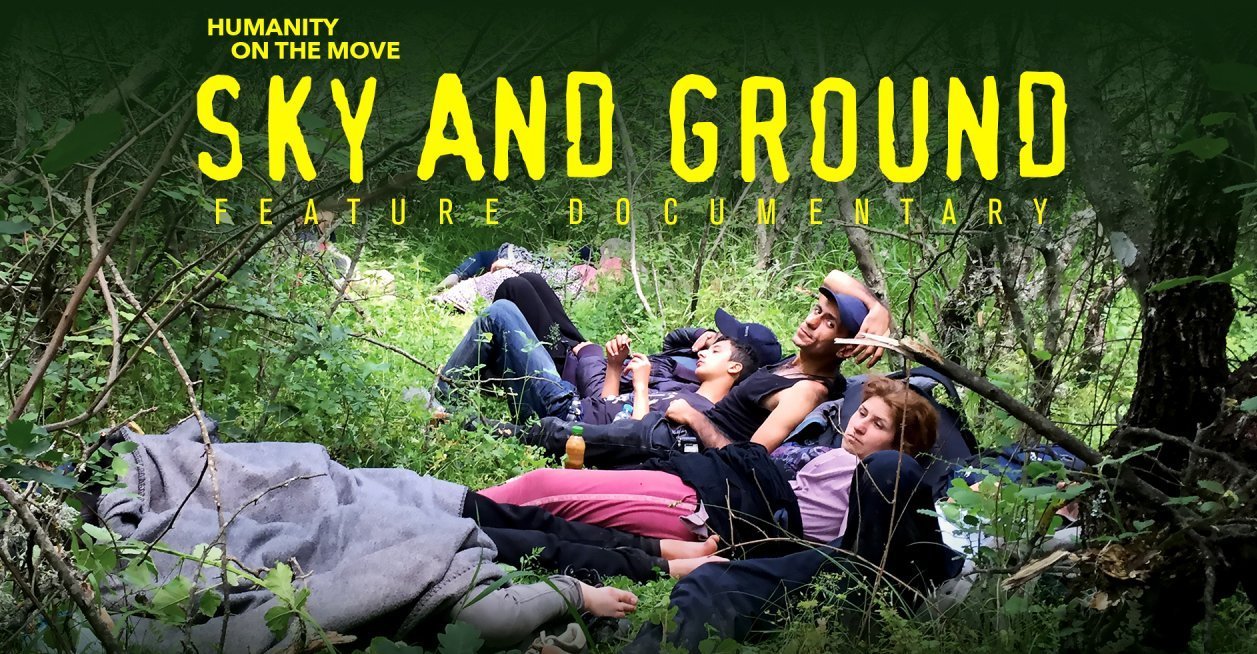 This powerful film gives voice and body(ies) to the term “refugees” as it accompanies a family on foot from Aleppo, Syria on their trek to reach relatives in Germany. Join us Saturday, April 13th at noon for a screening and discussion with filmmaker Joshua Bennett; Lea Matheson, senior advisor on migration and humanitarian issues in the Office of the President at the UN; Vassar College professor Maria Höhn, co-founder of the Mid-Hudson Refugee Solidarity Alliance and Director of the Consortium on Forced Displacement, Migration, and Education; and Ahed Festuk, an activist from Aleppo who is now living in NY, and who was one of the pioneering women demonstrators against Bashar al-Assad. This event is being presented for FREE. Donations taken at the door will benefit the Refugee Welcome Corporation in Albany (suggested donation $10).

A compelling, ground-level immersion into the greatest humanitarian crisis of our time, Sky & Ground accompanies the Nabi clan — a large, extended Syrian-Kurdish family — as they painstakingly make their way from their home in Aleppo, bombed out by the war, to the Idomeni refugee camp on the border of Greece and Macedonia. Their goal is Berlin, where they will reunite with family members and seek asylum. But first they must make the arduous and dangerous 2000 mile journey through Serbia, Hungary, and Austria. In Arabic with subtitles.