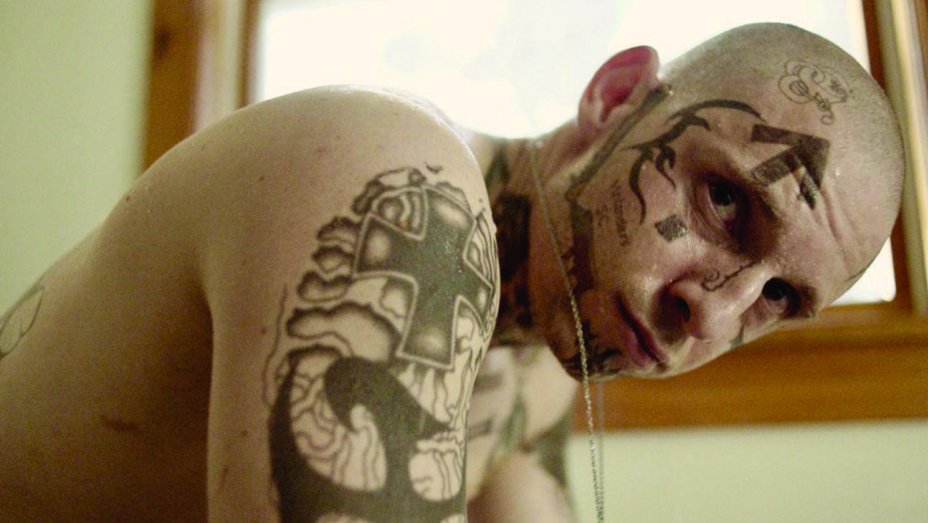 Jamie Bell stars as Bryon Widner, a young man raised by skinheads who underwent operations to remove his racist tattoos after turning his back on hatred and violence with the support of a mother of three and a Black activist.

Bryon Widner was born into hate. The son of a neo-Nazi leader, he was raised with white-supremacist beliefs, and from age 14 had those beliefs inked on his face and body for the world to see. But a day came when what Bryon felt on the inside no longer matched the tattoos on the outside. Despite his unrepentantly racist parents (Vera Farmiga & Bill Camp), Bryon began questioning his convictions when he fell for Julie (Danielle Macdonald), a single mother to three little girls who also distanced herself from fascist groups. Bryon’s love for Julie prompted him to change his life, despite the fact that leaving all he knew was nearly impossible. Based on a true story, Skin boldly immerses us in a cultural contingent that, however extreme, demands to be reckoned with.