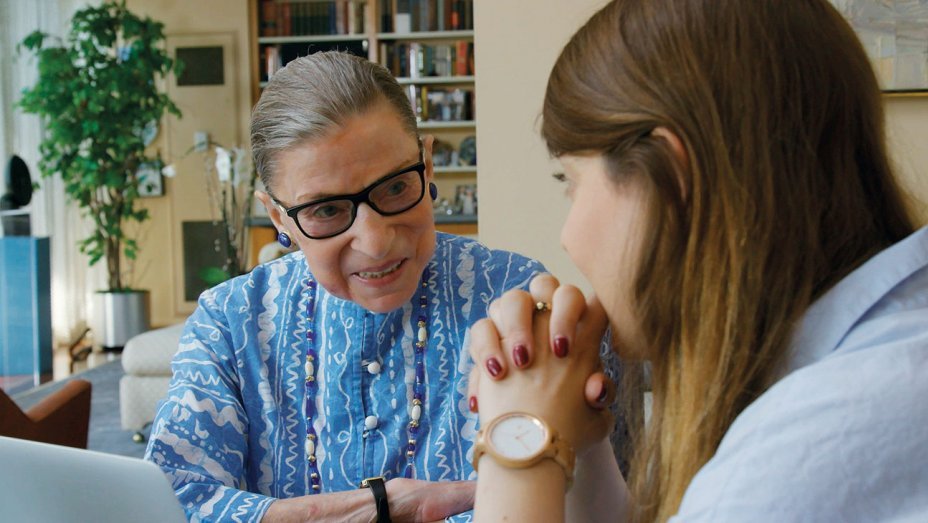 The passing of U.S. Supreme Court Justice Ruth Bader Ginsburg is momentous. In tribute to Justice Ruth Bader Ginsburg’s life and unparalleled legacy upholding justice, Magnolia Pictures is proud to offer RBG for Virtual Cinema ($6.99 to own). Magnolia will be donating its net proceeds to the American Civil Liberties Union (ACLU) Foundation in support of their Women’s Rights Project, which was co-founded by Ginsburg in 1972. While we’re all mourning the loss of an American hero, we hope that viewers will be re-introduced to her work, and take her passion and courage back out into the world.During her life, she developed a breathtaking legal legacy while becoming an unexpected pop culture icon (the notorious RBG) – racking up victories for gender equality since the early 1970s and writing brilliant dissenting opinions on important issues.

The unique personal journey of this diminutive, quiet warrior’s rise to the nation’s highest court is the subject of RBG, a revelatory documentary exploring Ginsburg ‘s exceptional life and career from directors Betsy West and Julie Cohen.