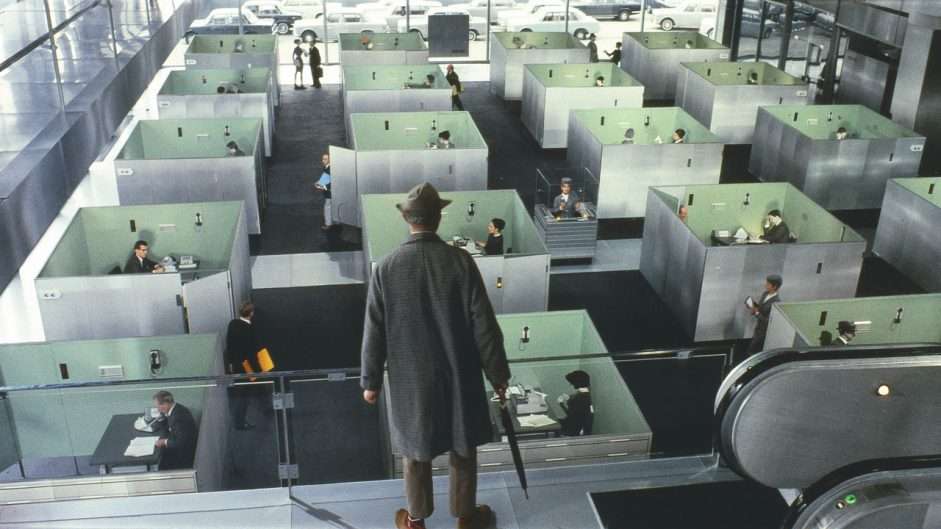 Revival House
At the height of his powers, acknowledged as the successor to Buster Keaton, Jacques Tati embarked upon a wildly ambitious, devastatingly comic critique of modern urban life … and built his own city in which to stage it. Though well received by critics, PLAYTIME was misunderstood by audiences; today, we recognize it as a towering pinnacle of (near) silent cinema, a brilliant portrait of modern alienation, an inspiration for both designers and filmmakers and a thrilling example of an artist nearly losing control due to his wild ambition. Originally shot in 70mm film, recently restored and unmissable on the big screen. (France, 1967, 124m)
“Genius … a feast of subtle sight gags, playful noise and, above all, visual wonders.” –Time Out