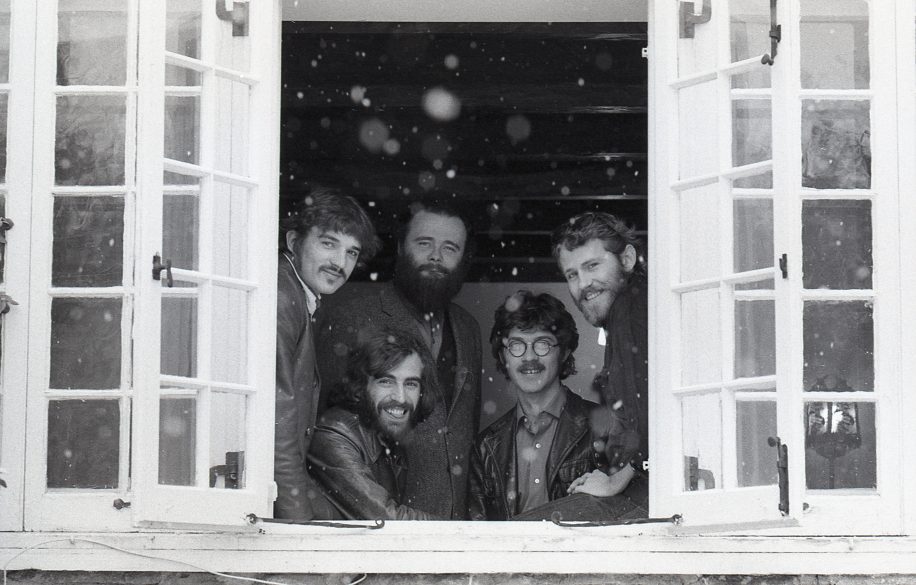 In Partnership with Magnolia Pictures, we’re happy to offer you a chance to watch ONCE WERE BROTHERS… After you purchase your ticket, you will have 30 days to start watching. Once you start watching, your rental will be available for 72 hours. Streaming is available on multiple devices or through your browser. Please follow the instructions on the Magnolia website, and on the email you will receive with your purchase.

Focussing on Robbie Robertson this is a confessional, cautionary, and occasionally humorous tale of his life and the creation of one of the most enduring groups in the history of popular music, The Band.
The film is a moving story of Robertson’s personal journey from Toronto as a teenage whiz-kid guitar-slinger too young to get into the clubs where he played every night with rockabilly Ronnie Hawkins to touring with Bob Dylan in 1966 and on to international fame as one of The Band. Robertson was only 24 when he and Levon Helm, Rick Danko, Richard Manuel and Garth Hudson recorded their groundbreaking debut album Music From Big Pink. This period, the mid-1960s through the early 1970s, was a time of cultural and political upheaval as well as when some of the most enduring and influential rock music was made, changing the face of popular music forever. Once Were Brothers: Robbie Robertson and The Band joins a growing list of recent documentaries, including Echo in the Canyon, David Crosby: Remember My Name and Scorsese’s Rolling Thunder Revue, which have examined the music and musicians of this remarkably fertile period.The film is more than tinged with sadness and pain.