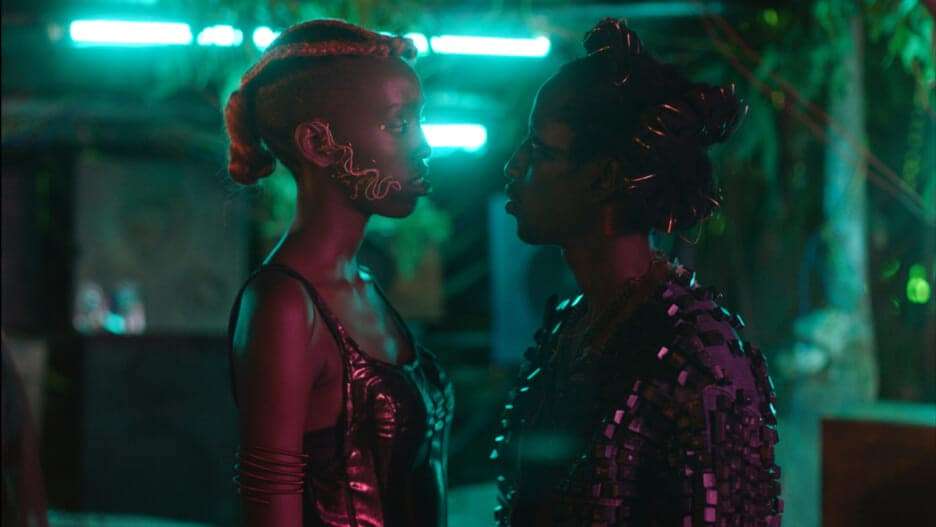 In the hilltops of Burundi, a group of escaped coltan miners form an anti-colonialist computer hacker collective in an e-waste dump. With the help of an unlikely partnership, they attempt to overthrow the authoritarian regime that’s exploiting the region’s natural resources—and its people.. Anisia Uzeyman and the poet-musician-filmmaker Saul Williams (from the Cannes- and Sundance-winning film SLAM) have created a visionary film celebrating new forms of resistance. (U.S., 2022, 105m)

“Critic’s Pick … moving and mind-bending … an Afrofuturist fantasia that is also a musical, a science-fiction parable and a hacker manifesto … a treasury of ideas and provocations.” –NY Times