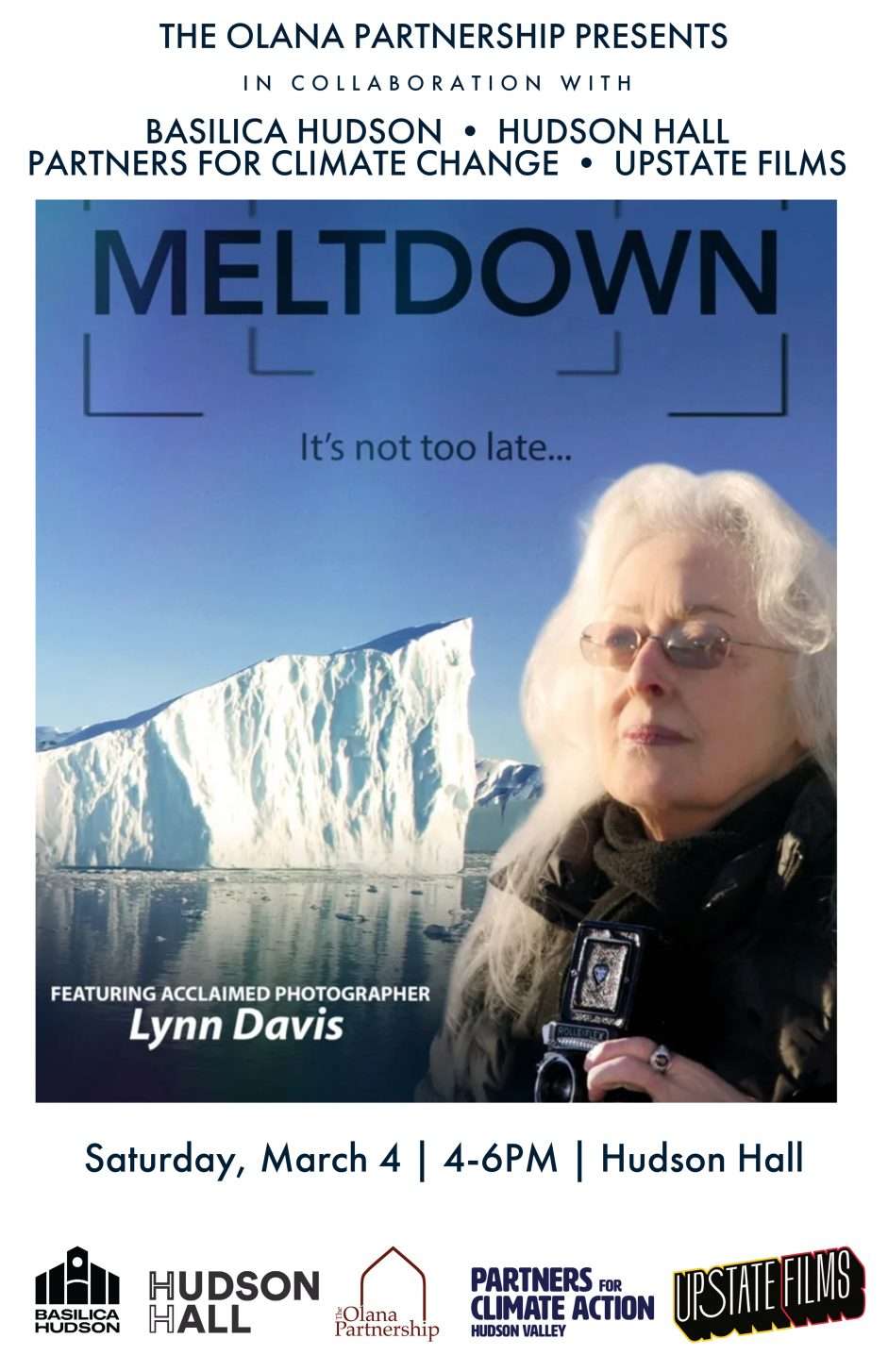 A CLOSE UP (filmmakers-in-person) series event

Join us for a special screening of Meltdown (dir. Fredric Golding, 2021, 60 mins), a timely documentary that merges art and science in addressing climate change. This screening will be followed by a conversation with the trailblazing Hudson-based photographer Lynn Davis to coincide with Olana’s exhibition Chasing Icebergs, featuring her spectacular iceberg photos taken in Greenland. During the film, Davis is joined by Yale scientist Tony Leiserowitz, as they explore the beauty and tragedy present in our contemporary global crises.

Lynn Davis’s work is currently featured in Chasing Icebergs: Art and a Disappearing Landscape at Olana State Historic Site, which traces the 19th century artist Frederic Church’s quest to paint icebergs off the coast of Newfoundland and Labrador. Much like Church, Davis has been inspired by the sublime beauty of the arctic and icebergs, traveling north to capture large-format images of the arctic landscape. Since 1986, Davis has focused her lens on icebergs in the Arctic.