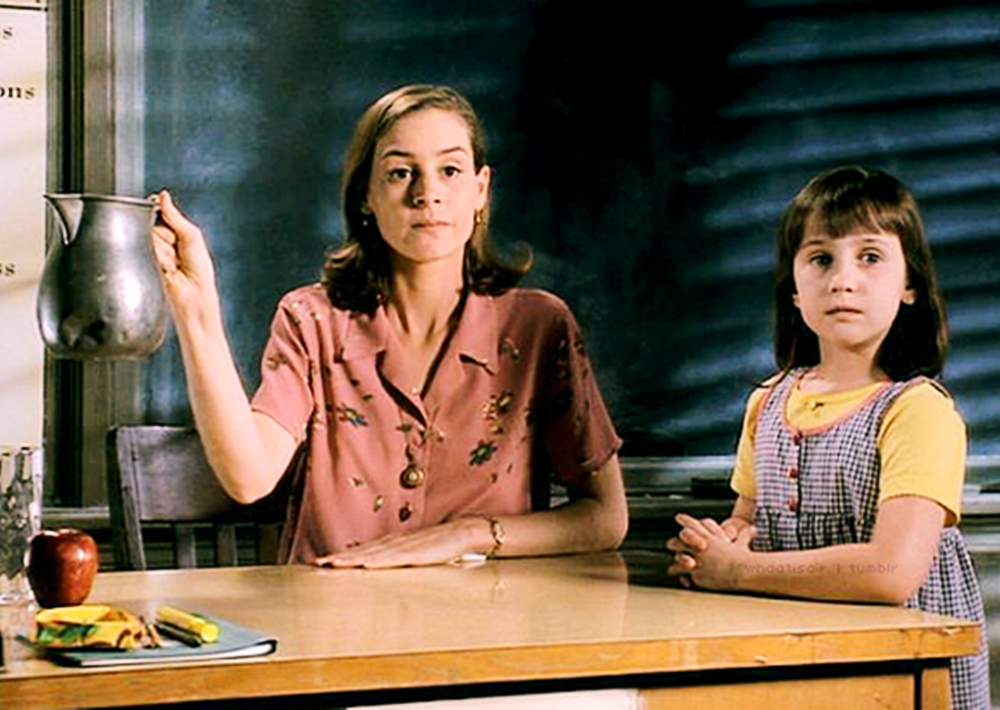 Read the book & watch the movie! Presented in collaboration with Oblong Books, this screening will be followed by an optional post-screening discussion led by Oblong’s Nicole Brinkley. Matilda may contain the stuff of traditional children’s stories — a wicked step-aunt, a true friend with a pure heart, and more than a little magic — but “traditional” isn’t a word that comes to mind when describing this film. Before 1996, Danny DeVito’s directorial credits included Throw Momma From the Train, War of the Roses, and Hoffa. With a taste for exaggerated characters and extraordinary situations, his sense of quirk is a fine match here for Roald Dahl’s novel about neglectful parents, cruel teachers, and the revenge of a brave little girl.

The plot centers on the 6 1/2 year-old daughter (Mara Wilson) of Harry and Zinia Wormwood (Danny DeVito and Rhea Perlman). Though her parents may live “in a very nice neighborhood in a very nice house,” they are not very nice people. Mr. Wormwood is a used car salesman whose movements are being tracked by the police, and Mrs. Wormwood is obsessed with bingo parlors and television game shows. Though Matilda shows signs of amazing intelligence and remarkable powers, her parents are extremely neglectful. Eventually, they send her off to an elementary school that’s lorded over by the horrifying Miss Trunchbull (Pam Ferris), whose personal motto is “Use the rod, beat the child.” Practicing what she preaches, Miss Trunchbull delights in informing her charges that her idea of a perfect school is one where there are no children. Fortunately for Matilda, her first grade teacher, the kind and good-hearted Miss Honey (Embeth Davidtz), immediately recognizes her new student’s amazing gifts. Taking place in a world of dangerous fools and terrible pleasures, the story is as satisfying in its wit as it is colorful in its execution.
(USA / 1996 / Directed by Danny DeVito)
PG / 1 hr 38 mins.

To purchase the book from Oblong before the screening, click here.

“Roald Dahl was by all accounts a singularly unpleasant person, which may explain why he wrote stories that are so fascinating to children. He nursed the grudges of childhood, he distrusted adults, and he was unmoved by false sentimentality. Kids may not feel cuddled by his books, but they sense Dahl is the real thing: He’s writing out of strong emotion, and not just to be cute.” — Roger Ebert