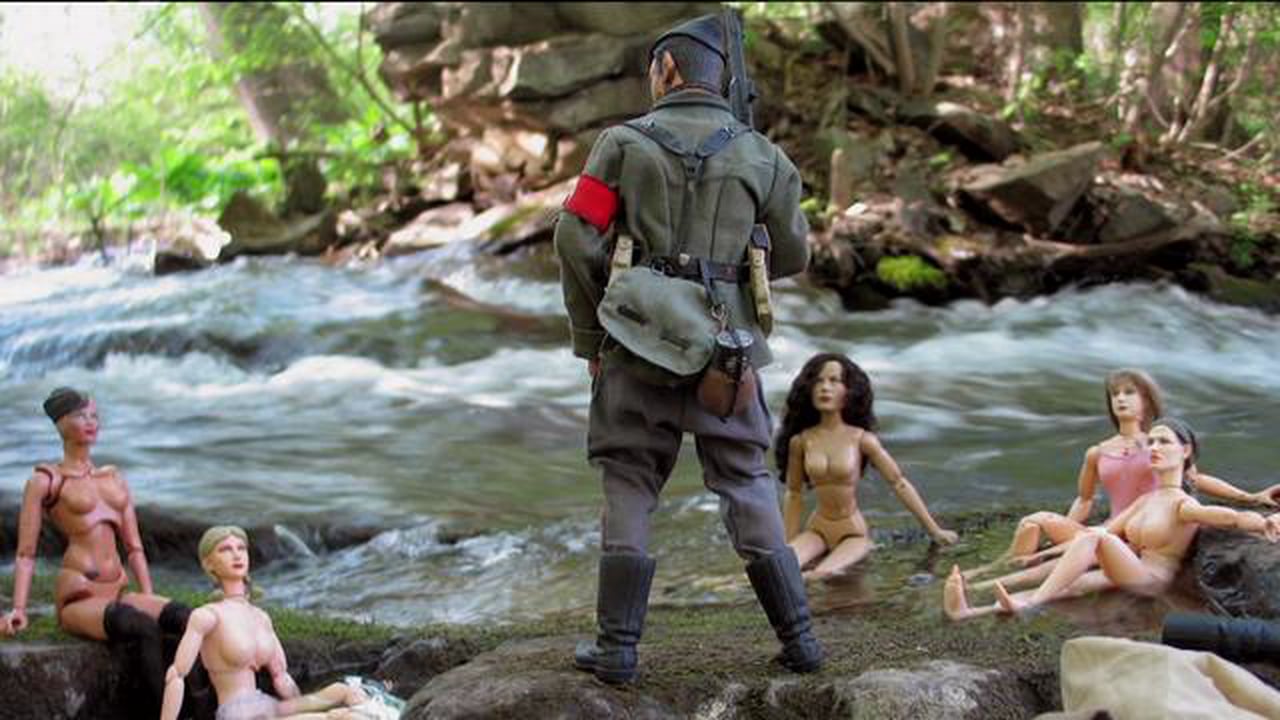 We had such a great time at last week’s screening that we’re doing one more. Saturday March 25th at 3pm in Woodstock. MARWENCOL has won over 25 awards; The Los Angeles Times calls the film “an exhilarating, utterly unique experience” while the Village Voice says that it’s “exactly the sort of mysterious and almost holy experience you hope to get from documentaries and rarely do.”

On April 8, 2000, Mark Hogancamp was brutally attacked by five men in his hometown of Kingston, New York. The assault left the ex-navyman, carpenter, and showroom designer in a coma for nine days; he emerged with brain damage that initially made it impossible for him to walk, eat, or speak. Physical and occupational therapy helped him regain basic motor skills, but after less than a year he discovered that without insurance, he could no longer afford it. Determined “not to let those five guys win,” Hogancamp turned to art as a therapeutic tool. He revisited his childhood hobbies of collecting toy soldiers and building and painting models. Commandeering a pile of scrap wood left behind by a contractor, he constructed “Marwencol,” a fictional Belgian town built to one-sixth scale in his backyard. He populated it with military figurines and Barbie dolls representing World War II personages like Patton and Hitler as well as stand-ins for himself, his friends, and his family. Finally, he dusted off an old camera and used it to capture staged events ranging from pitched battles between occupying German and American forces to catfights in the town bar.

Made possible in part with support from the County of Ulster’s Ulster County Cultural Services & Promotion Fund administered by ARTS MID-HUDSON.