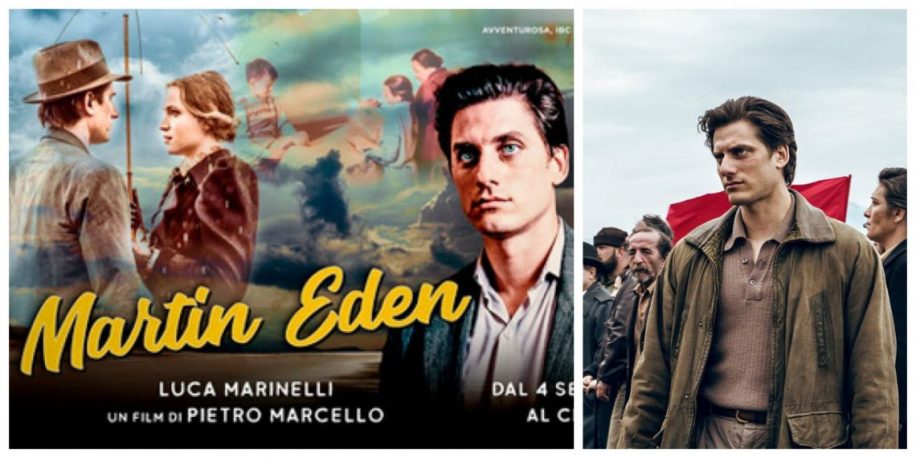 Pietro Marcello’s Italian-language adaptation of Jack London’s 1909 novel features an intense performance by Luca Marinelli who, in the title role as a charismatic, unschooled aspiring writer consumed by love, ambition and politics, won the Best Actor award at the Venice Film Festival.

Transposed to mid-century Naples, at a provocative moment in Italy’s history, Martin saves a young man from a beating by a gang of toughs, and then accompanies him home to a lunch at where he meets the upper-class family. Martin falls for the sister, Elena (Jessica Cressy), a university student whose beauty and intelligence inspires him. He hopes to vault beyond his roots by becoming a writer and thereby win her affections. All leads to a political awakening and destructive anxiety in this enveloping, superbly mounted bildungsroman. The film cleverly intercuts documentary snippets as Martin struggles to get published as he rails against a world that has let him down. But perseverance furthers as he achieves fame and success. As in the novel, Martin is mistaken for being a socialist, but he actually believes only in the power of the individual. Ultimately, MARTIN EDEN is a story of unrequited love: Martin is spurned by Elena, his cultured girlfriend until he has made it, by which point it is too late. Unrated. In Italian, Neapolitan and French with subtitles.
Italy/2020/dir by Pietro Marcello/ 129 mins