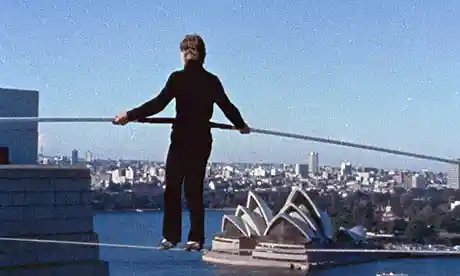 On August 7th 1974, a young Frenchman named Philippe Petit stepped out on a wire illegally rigged between New York’s twin towers, then the world’s tallest buildings. This was no impulsive joyride. Petit, a performance artist whose goal is inspiring joy and wonder, spent more than six years planning the stunt with a dedicated group of collaborators. James Marsh recreates the thrilling, unforgettable story in the form of a heist film. (U.S./U.K., 2008, 94m)

“Puts Petit’s performance into another, more ineffable realm: What began as a caper turned into poetry, and poetry became a prayer.” –Washington Post