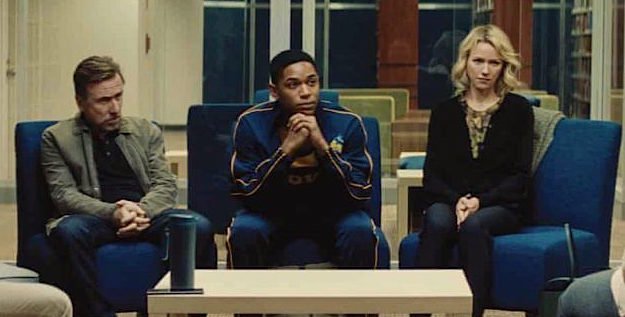 A smart psychological thriller with a cast including Kelvin Harrison Jr., Naomi Watts, Tim Roth, & Octavia Spencer, Luce tells the complicated story of a poster child for the American Dream who may be in great trouble.

Luce’s (Kelvin Karrison Jr.) parents (Naomi Watts and Tim Roth) adopted him from a war-torn country and gave him a new home, where he appears to be thriving. But when his teacher (Octavia Spencer) reads an essay he writes on Franz Fanon and discovers firecrackers in his locker, his stellar reputation is called into question. As the story unravels, it becomes unclear whether Luce is really at fault, or if Ms. Wilson is preying on dangerous stereotypes. Stacked with amazing performances and adapted from JC Lee’s acclaimed play, director Julius Onah has created an intense, multi-layered and deeply intelligent look at identity in today’s America.