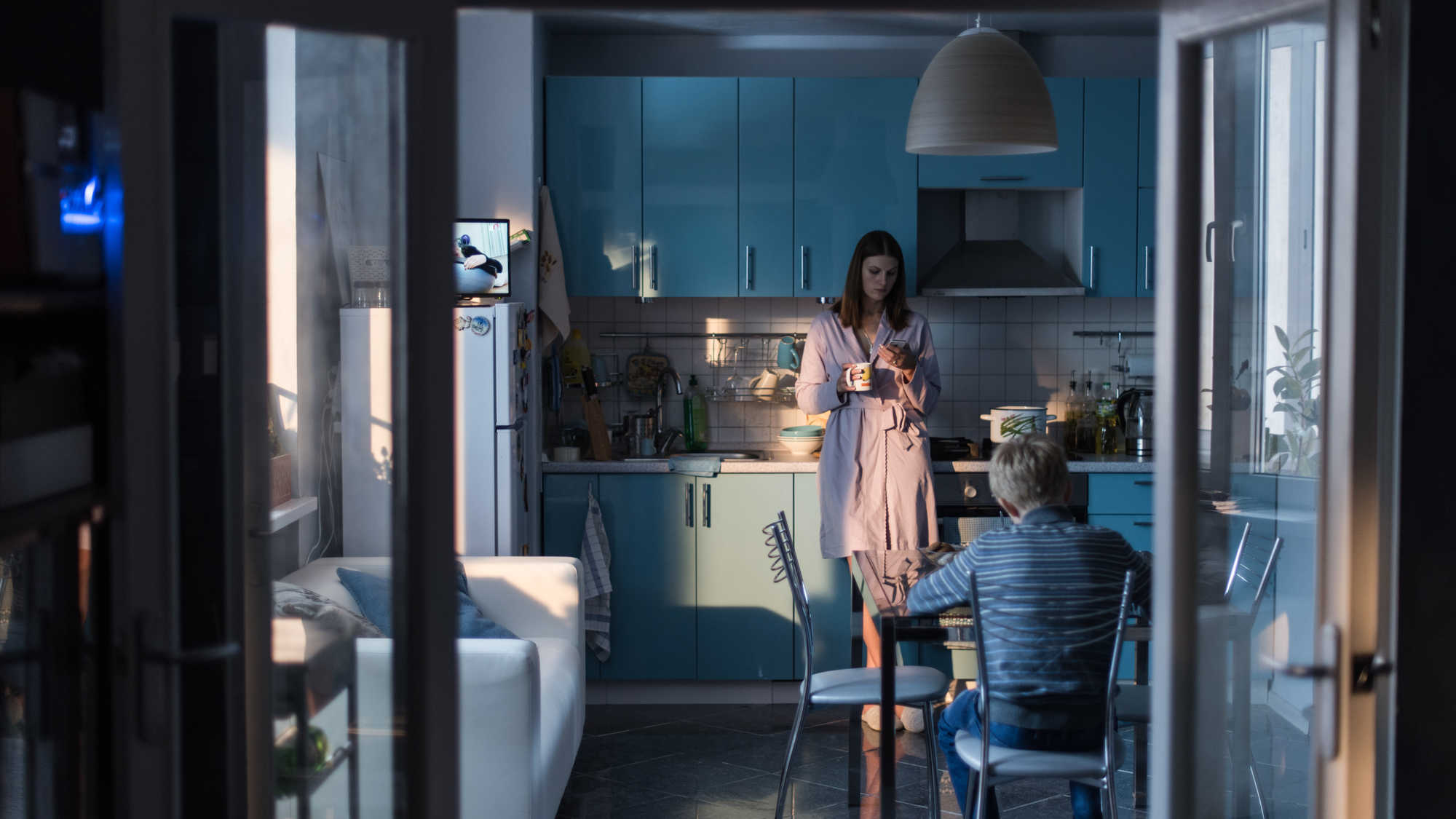 Academy Award nominee – Best Foreign Film
Andrey Zvyagintsev (Leviathan, Elena, The Return) continues to solidify his spot as one of the most important and original voices in world cinema in this searing drama about a divorcing couple and their 12-year-old son.

Boris (Alexey Rozin) and Zhenya (Maryana Spivak) live in a high-rise above snowy Moscow with their son, Alyosha (Matvey Novikov). In the middle of their collapsing marriage, their home is a cold and isolating place. Zhenya is almost never without her smartphone, taking selfies or checking Facebook. Both parents argue over their son’s future. And no one seems to hear Alyosha when he cries in his bedroom. When he goes missing without a trace, his parents — though desperate — can barely get themselves together to search or grieve in unison. A master of social drama, Zvyaginstev uses his characters to expose his world for what it has become. Made without the strings of state funding, his film illuminates the tensions embedded in contemporary Russian life — battles between old and new beliefs, public and private institutions, post-Soviet infrastructures and nouveau riche establishments. More than a drama of marital dysfunction, Loveless is a fierce indictment of the society that produced its characters. Winner of the Jury Prize at Cannes. In Russian with subtitles.