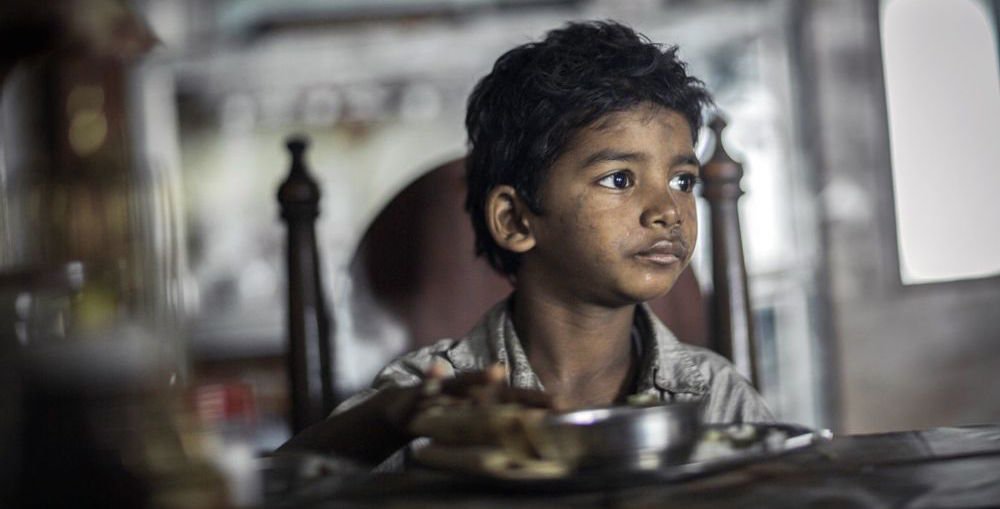 In 1986, Saroo (Sunny Pawer) tagged along with his brother to a train station in the northern Indian province of Khandwa to steal coal. Left alone for a short time, he fell asleep on the station platform and ended up in a locomotive traveling 1,600 miles away to Calcutta. Homeless in a strange city where he didn’t speak the language, he got by on street smarts until taken in by a government orphanage. Eventually adopted by an Australian couple (Nicole Kidman, David Bentham), Saroo traveled from Calcutta to Hobat, Tasmania, where he grew up. It wasn’t until leaving the island as an older student (Dev Patel) that he began to wonder what became of his first home and the family he so adored. Adapted from his book, A Long Way Home, Lion tells the incredible story of Saroo Brierley’s search for identity. Visually arresting, the film conveys the overwhelming chaos and beauty of his two worlds — from the brown dust and colored saris of India to the vast green panoramas of Australia. Director Garth Davis does a meticulous, painstaking job of chronicling every suspenseful stage of this astonishing story.