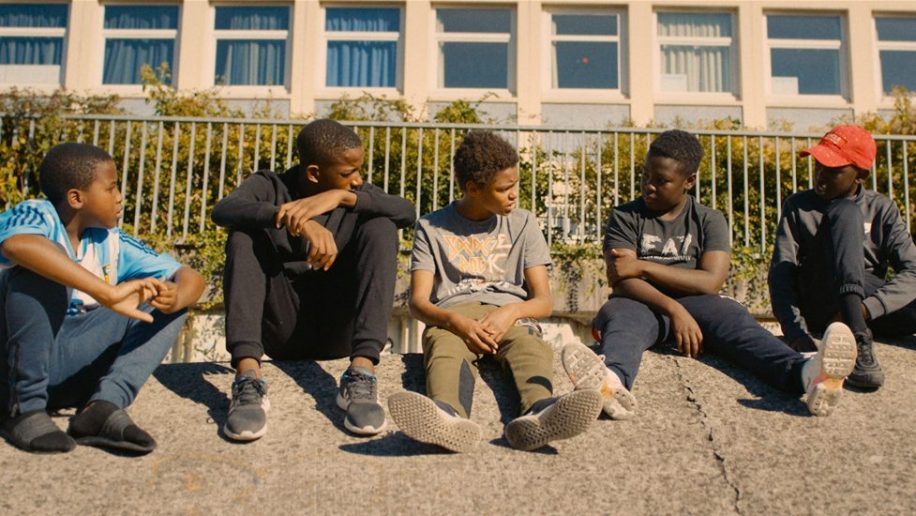 Not the hit musical or a new take on Victor Hugo’s novel, but rather this year’s French Oscar nominee for the Best Foreign Language Film, Les Misérables is an explosive drama that takes us back to 2005 when a series of riots rocked the suburbs of Paris.

Set in the neighborhood where Victor Hugo wrote and set his great novel, now an ethnic enclave, Les Misérables chronicles a day in the life of Stephane (Damien Bonnard), a new cop working his first day in the Street Crimes Unit. What starts as a police procedural weaving through the vibrant sights and sounds of a community on edge and full of distrust for police, soon takes an unexpected and dramatic turn as an arrest attempt goes wrong and the police are overrun by a mob. Adapted from a short film he directed two years prior, this is filmmaker Ladj Ly’s feature debut, a dynamic and unpredictable thriller that captures the livelihood and tension of its urban mileau with a visual energy enhanced by the intimate and agile camerawork of cinematographer Julien Poupard. Les Misérables is a powerful reminder that behind the surface of news reports there are deeper stories that require a more complex treatment.