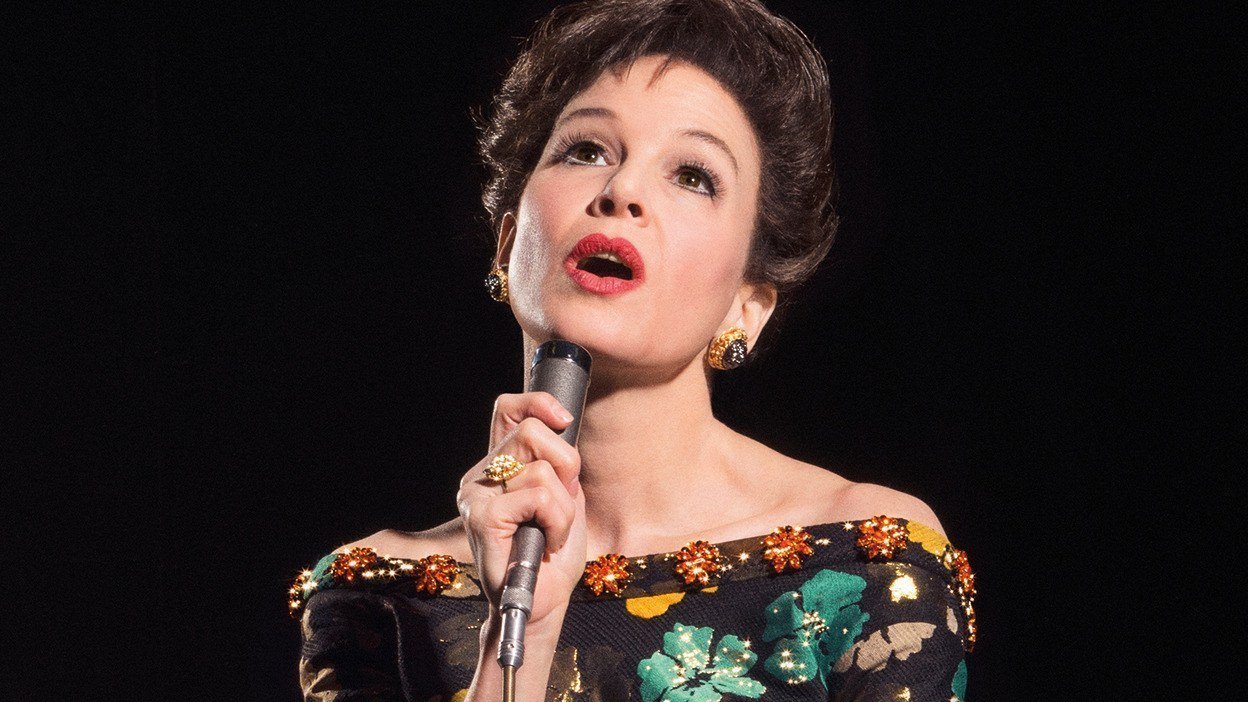 Anchored by a note-perfect performance from Oscar winner Renée Zellweger, this adaptation of Peter Quilter’s stage play End of the Rainbow presents an intimate portrait of the great Judy Garland who’s down on her luck.

At 46 years old, Judy Garland is broke, substance-addled, all but unemployable, barred from the Los Angeles hotels that serve as her only home, and embroiled in a custody battle. When an invitation comes from a London theater impresario (Michael Gambon) to perform a nightly five-week engagement at his glitzy Talk of the Town nightclub, she has no choice but to take it but must leave her children behind. Crippled by anxiety, insomnia, and alcoholism, she barely makes it to the stage opening night. But once in the spotlight — before an eager audience, microphone in hand and a crackerjack band at the ready — she’s suddenly at home. And it’s magic. Tracking her time in England, Judy captures the star’s onstage triumphs and catastrophes, her whirlwind marriage to the opportunistic Mickey Deans (Finn Wittrock), and her touching friendship with a gay couple who adore her. Seeking empathy rather than mere imitation, Zellweger’s portrayal of the Hollywood legend captures her pain and charisma with equal aplomb.