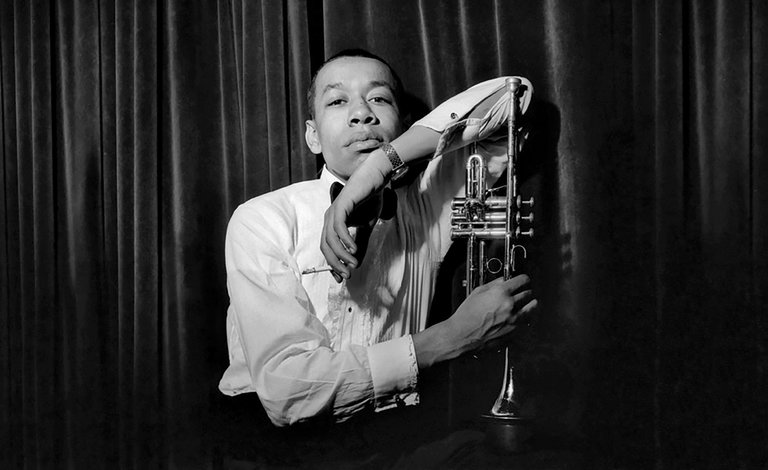 The first line of David Edelstein’s New York review: “The “I” in the ghostly documentary I Called Him Morgan is Helen Morgan, the “him” Lee Morgan, the transcendental bop trumpeter whom Helen (his wife) shot in the chest on a snowy night in 1972, some years after she’d pulled him out of the gutter and helped him kick the heroin habit that had ended his career.”

The murder sent shockwaves through the jazz community, and the memory of the event still haunts the people who knew the Morgans. Helen served time for the crime and, following her release, faded into obscurity. Over 20 years later, a chance encounter led her to give a remarkable interview. Helen’s revealing audio “testimony” acts as a refrain throughout the film, which draws together a wealth of archival photographs and footage, notable talking heads and incredible jazz music to tell the ill-fated pair’s story. Part true-crime tale, part love story, and an all-out musical treat, I CALLED HIM MORGAN is a stirring tribute to two unique personalities and the music that brought them together.