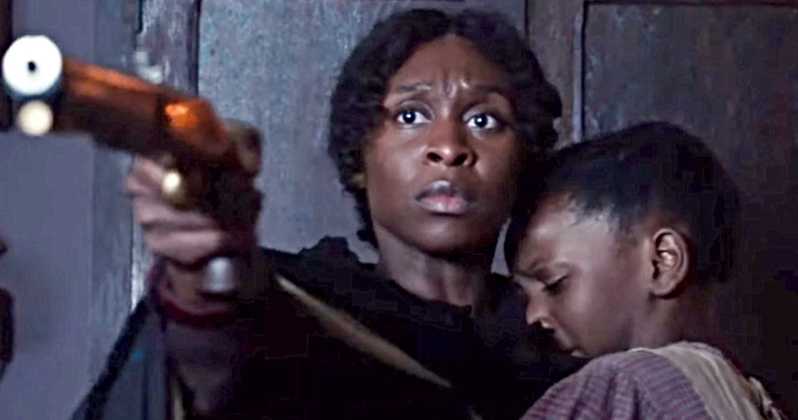 Lifting Harriet Tubman from the pages of history, Kasi Lemmons’ portrait of the powerful American icon evokes the surge of faith, principle, and raw courage that drove her to repeatedly risk her life.

Living under slavery on a Maryland plantation, Araminta Ross (Cynthia Erivo) goes by the name Minty. At a time when about half the state’s Black residents are free and half enslaved, Minty risks her life for her freedom. As she walks 100 miles north to Philadelphia, she gains help from a loose collection of new friends and abolitionists. When she makes it to freedom, she’s given shelter by a sophisticated, free-born woman (Jangle Monae) who helps her to claim her place and power in the new society. And there in Philadelphia, she takes the new name Harriet Tubman. Against all advice but driven by visions of God, Tubman returns south to lead her loved ones to freedom — at first on her own, and later as part of the Underground Railroad. Delivering an exemplary performance, Erivo is riveting in every scene, portraying the legendary American leader with both scale and depth.