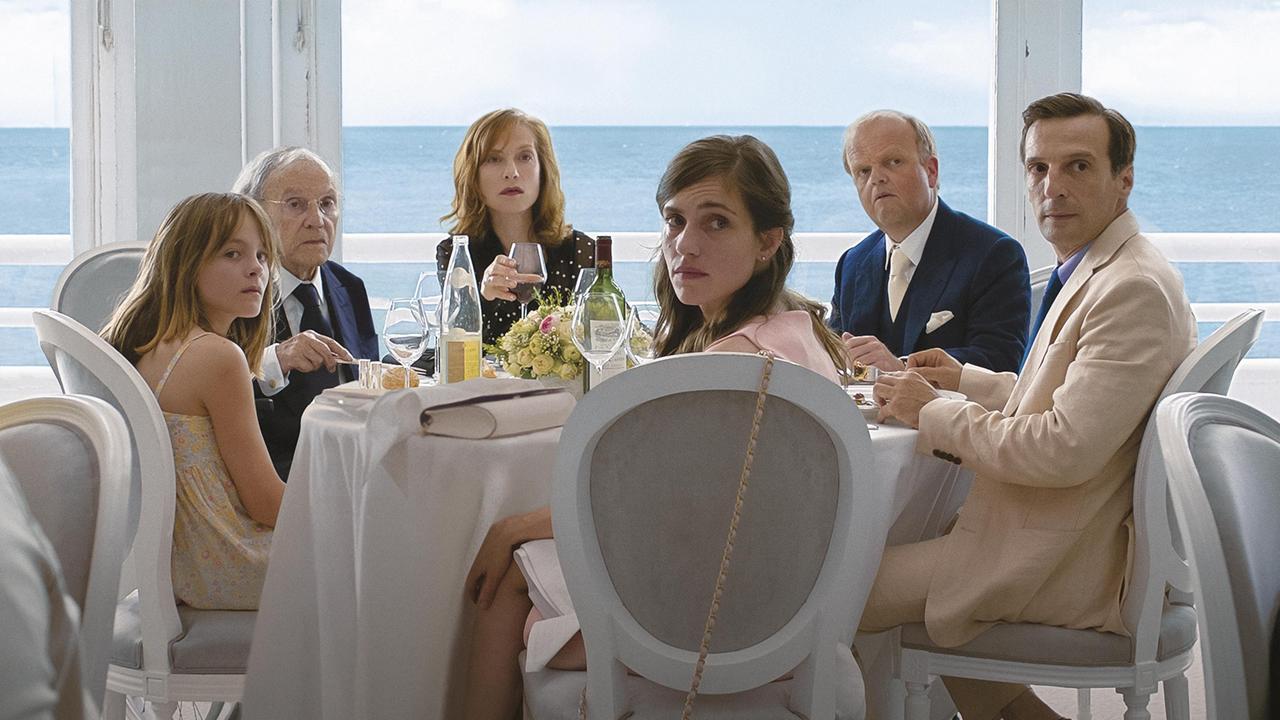 Michael Haneke (The Piano Teacher, The White Ribbon, Caché, Amour) explores the dark side of domestic life in his latest film about an upper-class family living in a spacious mansion in Calais.

Georges Laurent (Jean-Louis Trintignant) is an octogenarian patriarch who has put his daughter Anne (Isabelle Huppert) in charge of the family construction business. His son, Thomas (Mattieu Kassovitz) also lives in the family home with his second wife, Anaïs (Laura Verlinden) and their newborn son. Their lives may seem elegant on the surface but they all have their problems. Anne is forced to deal with a serious accident at the site that has killed a worker, and which appears to have been caused by her own son’s negligence. Thomas is carrying on a clandestine affair with a cellist (Loubna Abider). And Georges appears to be in the early stages of dementia. Into this morass comes Eve (Fantine Harduin), Thomas’ 13-year-old daughter from his first marriage. Anne, prim and proper, tries to keep everything together but finds she has a worthy foe in the form of her young niece, who may not have strayed too far from the family’s dark side herself. As things start to spin into chaos, Haneke forms a kaleidoscopic portrait of both a family and a society in deep chill. In French with subtitles.