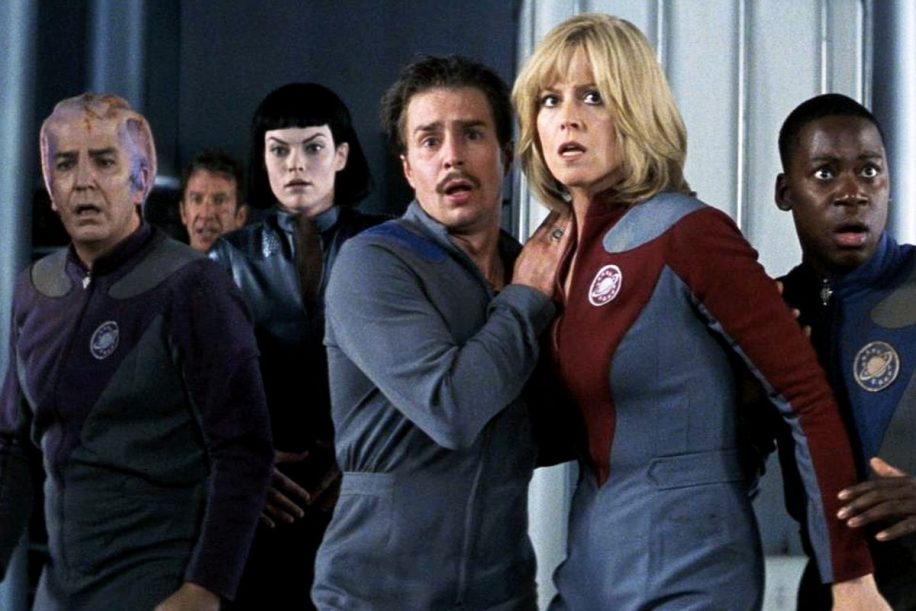 UNDER the STARS at the Beekman Arms’ Delamater Inn
Nearly twenty years after their hit TV series went off the air, the five stars of “Galaxy Quest” (pitch-perfectly played by Tim Allen, Sigourney Weaver, Alan Rickman, Sam Rockwell, Daryl Mitchell, Tony Shalhoub) are still donning their costumes, making ends meet by signing autographs for their legions of die-hard fans at gatherings like shopping mall openings and what have you.  But then a group of actual aliens who’ve seen the re-runs believe the show is a documentary about these brave intergalactic heroes & heroines, and arrive at an autograph convention and whisk Commander Taggart (Allen) and his crew into space to help them in their all-too-real war against a deadly adversary. This terrific parody and homage stands on its own as a nearly flawless entertainment.

US, 1999, directed by Dean Parisot, PG, 102 mins.“Fast, light and funny, Galaxy Quest has a wide, generation – spanning appeal — and you don’t have to be a die-hard Trekkie to enjoy it.”
-Kevin Thomas, L.A.Times

OUTDOORs behind the Delamater Inn – Dinner & A Movie SCREENING