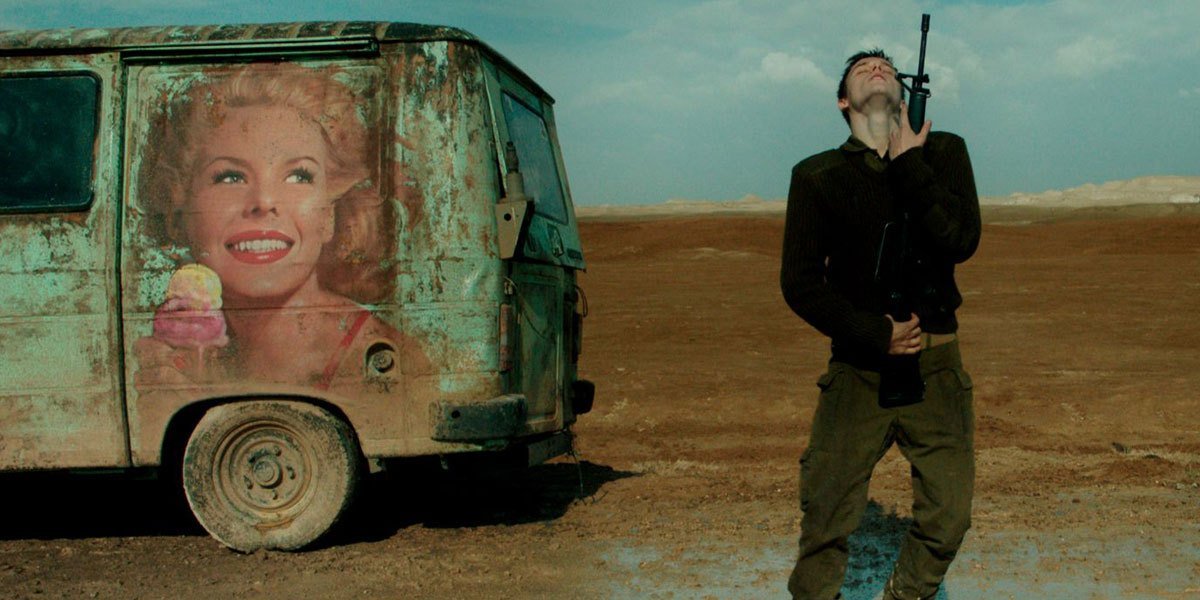 When army officials show up at their home to announce that their son died on duty, Michael (Lior Ashkenazi) spirals into a whirlwind of anger and Dafna (Sarah Adler) sedates herself to escape her grief. Meanwhile, the film takes us to the remote military post where their son was stationed, showing us precisely what can ensue when young soldiers — barely able to tell their toe from a trigger — experience boredom, privation, and loneliness. In one of life’s unfathomable twists, the parents’ experience begins to mirror the surreality of their son’s time in the military. In complete control of its subject throughout, Maoz’s film employs a jaunty rifle dance and a haunting animated sequence that are perfectly timed and attuned to the story’s parallels. Alive to the range of human emotion and the uncomfortable humor of extreme circumstance, Foxtrot is both a delicate allegory and a dark indictment of “forever war.” In Hebrew with subtitles.

“A superior piece of cinema.” – David Sims, The Atlantic
“No matter what you’re expecting, ‘Foxtrot’ is not the film you expect it to be. It’s better.” – Kenneth Turan, L.A. Times