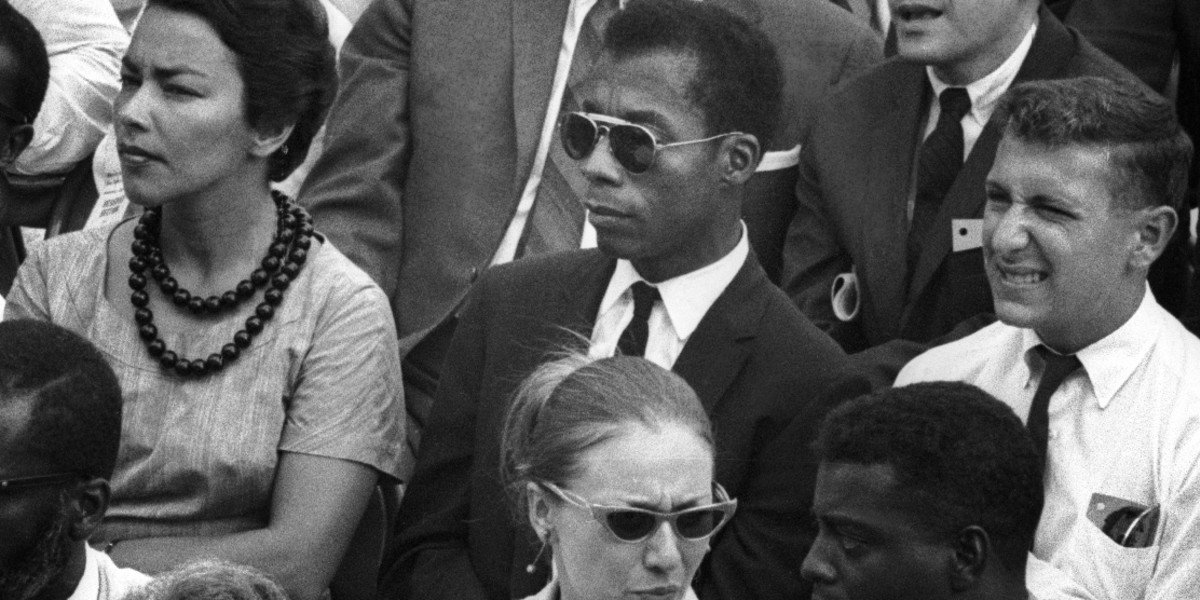 Join us Saturday April 1st at 10am for a free benefit screening (suggested donation $10), followed by a panel discussion anchored by Black Lives Matter, Hudson Valley, Showing Up for Racial Justice Ulster County, and the Million Hoodies Project of Bard College. This screening is presented by the ENGAGE Film Series (read more on the series below) and proceeds will benefit Black Lives Matter, Hudson Valley. “Not everything that is faced can be changed, but nothing can be changed until it is faced.” – James Baldwin.

James Baldwin was born in Harlem in 1924. The oldest of nine children, he grew up in poverty and had a troubled relationship with his strict, religious stepfather — all before becoming a preacher for 3 years and ultimately a celebrated writer (Go Tell It on A Mountain, The Fire Next Time) and activist. In 1979, he wrote a letter to his literary agent describing his next project, Remember This House. The book was to be a revolutionary, personal account of the lives and successive assassinations of three of his close friends – Medgar Evers, Malcolm X and Martin Luther King, Jr. At the time of Baldwin’s death in 1987, he left behind only thirty completed pages of his manuscript. Now, filmmaker Raoul Peck envisions the book James Baldwin never finished. The result is a radical, up-to-the-minute examination of race in America, using Baldwin’s original words narrated by Samuel Jackson, and a flood of rich archival material. I Am Not Your Negro connects the past of the Civil Rights movement to the present of Black Lives Matter. In addition to questioning black representation in Hollywood and beyond, it confronts the deeper connections between the lives and assassination of these three leaders. Baldwin and Peck challenge the very definition of what America stands for.