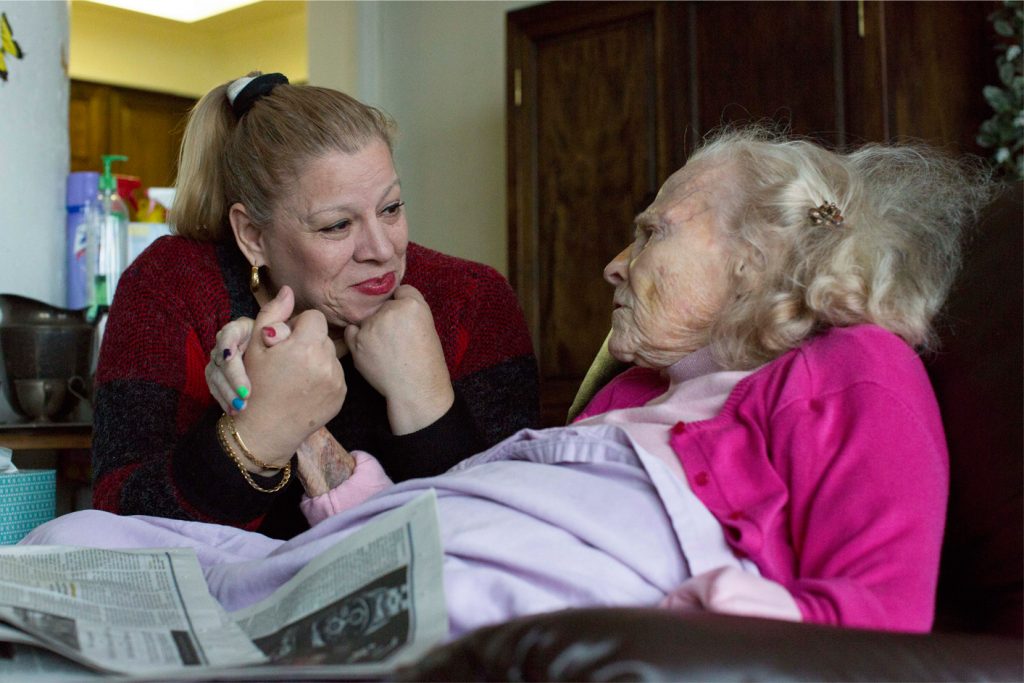 Join us Saturday May 6th at 10am for a free benefit screening (suggested donation $10), followed by a panel discussion anchored by Gail Myers, Deputy Director of NY Statewide Senior Action; Kelly McMullen, Director of Ulster County Office for the Aging; and representatives from the National Domestic Workers Alliance and Hand in Hand: The Domestic Employers Network. This screening is presented by the ENGAGE Film Series (read more on the series below), and proceeds will benefit NY State Caring Majority Coalition — a new coalition working for affordable long-term care for ALL New Yorkers.

Care pulls back the curtain on the poignant and largely hidden world of in-home elder care. Beautifully shot and deeply moving, the film reveals the deep bonds that form between paid care workers and elders while exposing the cracks in the U.S. care system. It also reveals the beginning of a movement to improve how we care — both for the growing number of older adults and for those who make their lives livable. Despite long days taking care of others, for example, care workers often struggle to feed their own families. And, on the flip side, middle class families often go broke paying for the 24/7 care they need. Care raises critical questions to invite dialogue and engagement before we hit a crisis.