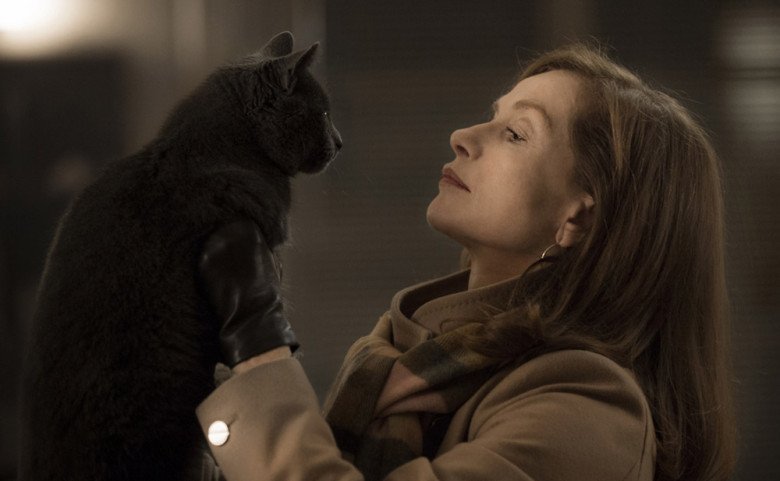 After being attacked in her home by an unknown assailant, the seemingly indestructible Michèle finds her life changed forever. When she resolutely tracks the man down, both are drawn into a curious and thrilling game-a game that may, at any moment, spiral out of control. Directed by Paul Verhoeven who came to Hollywood from Holland where he’d made a number of internationally recognized films such as SOLDIER OF ORANGE, SPETTERS, THE FOURTH MAN, in Hollywood he added ROBOCOP, BASIC INSTINCT, even SHOWGIRLS to his resume. Beautifully made with exquisite eye for detail, Verhoeven uses sexual violence to entrap our attention. But ultimately this is Isabelle Huppert’s film with her transformative performance that imbues Michele with a life that though outside most viewers, is recognizable for its chilly all too human dimension.
“A masterpiece of suave perversity, the movie leads its audience through a meticulously constructed maze of ambiguity, scrambling our assumptions and expectations at every turn.” – A. O. Scott The NYTimes